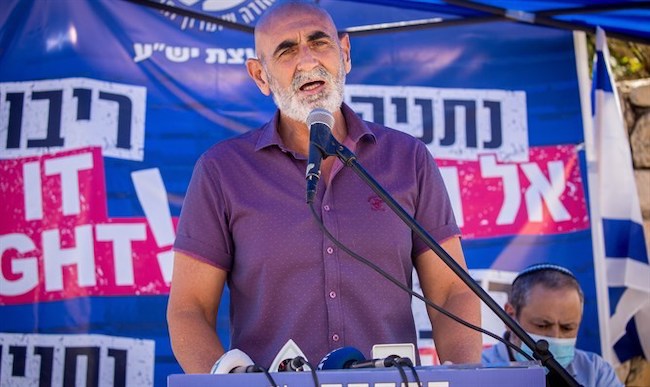 Yesha Chairman: Sovereignty Must Not Be Connected to Trump Peace Plan

September 10, 2020 by AFSI Staff
Yesha Council Chairman David Elhayani called for the replacement of Prime Minister Binyamin Netanyahu with a new leader whose actions would be more in line with the official positions of the Likud party.

In an interview with Arutz Sheva, Elhayani referred to the criticism leveled at him from the right, which blamed his strident opposition to the Trump Administration’s peace plan for causing the historic opportunity to apply Sovereignty in Judea and Samaria to be missed. “I am proud and we are proud that we prevented this bad plan,” he said, noting that he believes the American plan was intended only to bring about the establishment of a Palestinian state and would eventually lead to the evacuation of tens of thousands of settlers.

Netanyahu, he said, must promote Israeli interests, including the application of Israeli Sovereignty over Area C, without any connection to the American plan.

Comment: Evacuation is a code word for Expulsion such as what took place in Gush Katif.