The “doctors’ plot” affair (Russian: дело врачей, romanized: delo vrachey, lit. ’doctors’ case’), also known as the case of saboteur doctors (Russian: врачи-вредители, romanized: vrachi-vrediteli, lit. ’vermin doctors’) or killer doctors (Russian: врачи-убийцы, romanized: vrachi-ubiytsy) was an antisemitic campaign in the Soviet Union organized by Joseph Stalin. In 1951–1953, a group of predominantly Jewish doctors from Moscow were accused of a conspiracy to assassinate Soviet leaders.[1] This was later accompanied by publications of antisemitic character in the media, which talked about the threats of Zionism and condemned people with Jewish surnames. Following this, many doctors, both Jews and non-Jews, were dismissed from their jobs, arrested and tortured to produce admissions. The deportation of the entire Jewish population of the Soviet Union to the Gulag was intended to follow. A few weeks after the death of Stalin, the new Soviet leadership said there was a lack of evidence and the case was dropped. Soon after, it was declared to have been fabricated…

The Purim Downfall of Stalin as Related by Political Prisoner, Rabbi Yitzchok Zilber (based on the Hebrew Version of the book, To Remain a Jew)

On Friday we arrived at the new (Slave) Labor Camp. The following Sabbath day was the 13th of Adar (the 28th of February) and when the Sabbath ended (Saturday Night) on the 14th of Adar, the holiday of Purim started.

I gathered together 15 Jews among the prisoners and told the story of the scroll of Esther. One of them, a Jew named Isaac M. (the family name of the prisoner is in the book) could not restrain himself. He was an elderly and embittered man, who had been sentenced to ten years in prison. When he heard about the miracle of Purim he waived his fists towards me and appeared enraged. 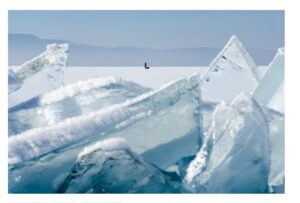 “Why listen to tales”, to events that occurred 2500 years ago? Please tell me, where is your G-d today? Have you not heard what is expected for the Jews of the Soviet Union in a short time? Not enough that the Germans destroyed Six Million Jews, but also here they are planning to destroy Three Million Jews. Don’t you know that they are planning to judge and hang the Doctors in Red Square? Have you not heard that the railroad cars are already prepared and the barracks are already built? Some will be exiled to a region called ווירחויאנסק, where it is cold as sixty or seventy degrees below zero… And in all the barracks that were built there is no heating.

Don’t Be So Quick to Eulogize

I answered, “True, our situation is difficult, but don’t be so quick to eulogize, for behold, also Haman sent instructions to destroy the Jews in one hundred and twenty seven states. Hashem will again help us”.

Isaac M.: Stalin Has Already Murdered Millions and Is Strong As Steel. Rabbi Zilber: Nobody Knows What Will Happen To Flesh and Blood in Another Half-Hour

To summarize the conversation that continued between Isaac M. and Rabbi Zilber, Rabbi Zilber continued to make statements of faith in Hashem that he will help the Jewish people. Isaac M. to support his pessimistic outlook pointed to the various millions of people that Stalin had already murdered and deprived of their property.

Rabbi Zilber answered, “Nobody knows what will happen to flesh and blood in another half-hour”.

In rage Isaac M. rose from his place and left.

This happened in the evening. In the morning, Rabbi Zilber reports that Isaac M. searched him out. “Yitzchak, I thought about your word yesterday, and they were terrific”.

Rabbi Zilber: “What were the terrific words I said?” (At that time Rabbi Zilber already forgot what he said yesterday.)

Isaac M: “How could you not remember? It was ten minutes to 8:00 in the evening, when you said that Stalin is no more than flesh and blood, and we don’t know what will become of flesh and blood in another half-hour. Now behold, just today someone whispered to me that they heard on German radio, that on the night of the 28th of February, before the first of March, at the time of 8:23, Stalin suffered a stroke and lost his ability to speak. Between ten minutes to 8:00 until 8:23 is an interval of a half-hour”!

Rabbi Zilber reports they both laughed over the coincidence.

Psalms for the Death of Stalin

Immediately after Isaac M. had informed him about Stalin’s illness, Rabbi Zilber reports:

“I began to recite Psalms so that his life would end quickly. If I know today Psalms by heart and can quote any section of any Psalm, behold this is in the merit of Stalin. For three days straight I recited Psalms day and night as I ran with the water and cleaned the area or sat in the barrack. Hashem helped me and I knew those chapters by heart; thus I was able to say them, while carrying out my various assignments, and I only stopped when I had heard that he was no longer alive.