Bracha for Seeing a King or Queen 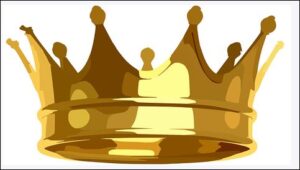 Prayer: May the Coronation of King Charles III Inspire Us to Look for Practical Measures to Restore the Kingdom of Heaven, the Temple, and the Kingdom of the House of David.

Recently Rabbi Avi Grossman suggested in a youtube video “Restoring the Davidic Dynasty”, that some Davidic Family should be granted the powers of Israel’s President (which is largely a ceremonial position, although Israel’s President does have the power to pardon). Some of the arguments he used are debatable, but his conclusion is reasonable.

The goal of reporting about Rabbi Grossman’s video at this web site is to provide emotional inspiration for religious Jews to look for practical measures to bring the monarchy of King David back to life. Vilnagaon.org does not endorse any particular “Davidic” candidate.

The Last 2 Verses of the Biblical Book of Hoshea, chapter 3 as translated by Sefaria.org

For the Israelites shall go a long time without king and without officials, without sacrifice and without cult pillars, and without ephod and teraphim.

Afterward, the Israelites will turn back and will seek the LORD their God and David their king—and they will thrill over the LORD and over His bounty in the days to come.

Rashi on the Last Verse as translated by Sefaria.org

Afterwards Following the days of exile.

shall the children of Israel return It was taught in the name of R. Shimon the son of Yochai: The children of Israel rejected three things during the reign of Rehoboam; the Kingdom of Heaven, the kingdom of the House of David, and the Holy Temple, as it is written: “What portion have we in David” (I Kings 12:16) which may be understood literally; “to your tents O’ Israel” (ibid.), do not read, “to your tents” (Heb. לְאֹהָלֶךָ) but “to your gods” (Heb. לֵאלֹהֶֶךָ) “now see your own house, David” (ibid.), refers to the Holy Temple (see Rashi I Kings 12:16). R. Shimon the son of Menassiah said: Israel shall not be shown any omen of good until they repent by seeking out all three; “Afterwards shall the children of Israel return, and seek their Lord their God,” which refers to the Kingdom of Heaven; “and David their king” is self-explanatory; “and shall come trembling to the Lord and to His goodness,” which refers to the Holy Temple, as it is written “that good mount” (Deut. 3:7) (a reference to the Temple Mount. [from Midrash Samuel 13:4]

Comment by the Editor: I currently don’t have the time to verify that every souce in the footnotes quoted by Halachapedia.com is indeed accuate. I assume all the sources are accurately quoted, until proven otherwise.

Comment 2 by the editor: (New addition 3 Tishrei 5783 Night of Sept. 27 2022) Rabbi David Bar-Hayim in a YouTube video, “British Monarchy and Jewish Monarchy” also expressed support for a ceremonial King from a Davidic family in the same way as the British King is largely ceremonial as a means of providing a tangible link between the modern state of Israel and the Bible; thus, serving to strengthen our sense of meaning and purpose and connection to thousands of years of Jewish History.