Regarding Relying on Non-Jewish “Friends” to Support Israel

Historically, our best “friends” in one generation, became our worst enemies in another generation. Avraham our forefather was a friend (Breishit/Genesis 14:13) of the Emori {Emorites}. Sichon and Og of that same nation became our big enemies, during the last year of the life of Moshe.
Egypt at the time of Yosef was our “friend” also. Then G-d turned their hearts to hate the nation of Israel as it says in Tehillim/Psalms 105:25
“He turned their heart to hate His people, to plot against His servants.”
Babylon was our “friend” at the time of Chizkiyahu. Years later that same nation destroyed the First Temple and caused an exile and destruction in Israel.
Rome too was our “friend” at one time that helped us against the Greek empire. Later on they too, turned on us, destroyed the 2nd Temple and caused exile and destruction in Israel.Our destiny is to dwell alone with only Hashem to rely on as it says:
Bamidbar/Numbers 23:9 For from their beginning, I see them as mountain peaks, and I behold them as hills; it is a nation that will dwell alone, and will not be reckoned among the nations. 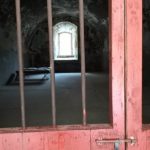 This is one of the lessons we learn from the experiences of Yosef/Joseph when he was wrongly jailed for many years in Egypt.

Yosef after years of being in jail has a very odd experience. He meets up in jail with two influential figures from the government of the Egyptian king that had been thrown into jail and placed under his care because they were accused of faulty food and wine preparation.

On the same night both of these influential figures are disturbed by strange dreams and when they both ask Yosef for a dream interpretation. Yosef interprets both dreams correctly, namely, that in 3 days the wine-steward would be returned to his previous job in service to Pharaoh while at the same time the other official of Pharaoh, namely, the baker, would be executed.

Yosef made a mistake and put too much faith in the goodwill of the wine-steward (Chabad calls him the chief cupbearer ) to solve the injustice that was done to him.

The Bible as translated by the Chabad web site states:

Bereishit – Genesis – Chapter 40:23
“But the chief cupbearer did not remember Joseph, and he forgot him”.
Rashi
But the chief cupbearer did not remember: on that day.
and he forgot him: afterwards. Because Joseph relied on him to remember him, he was compelled to be confined for two years, as it is said:“Praiseworthy is the man who made the Lord his trust and did not turn to the haughty (רְהָבִים)” (Ps. 40:5). He did not turn to the Egyptians, who are called רַהַב, haughty. [From Gen. Rabbah 89:3] Excerpt from: The Task of the Spy, Eli Cohen, H”YD. – A Torah Hint About This

In the commentary there, it is explained:

The two Messiahs of the generations are Messiah son of Yosef and Messiah son of Dovid and they are “Sheivet and Mechokek” (listed in the blessing of Yehuda, Genesis 49:10) [see the commentary of the Vilna Gaon to Tikunei Zohar, 36b “Sheivet and Mechokek” are the two Messiahs.] A “Sheivet” shall not depart from Yehuda – this is Messiah son of Dovid and a “Mechokek” from his descendants [A euphemism, literally “from between his legs.”] – this is Messiah son of Yosef. [from the Zohar section 1, page 25b] And they strengthen the existence and the salvation of Israel in all the generations by the means of the sparks of their souls that dresses upon the righteous men of action, that engage in an actual way with the salvation of Israel and the preparation of the redemption until the final redemption, for then the two Messiahs, “the stick of Yosef” and the “stick of Yehuda” will be unified and the eternal Messiah will be revealed.

And in chapter 2 section 39 we learn:

“And Yosef (Joseph) recognized his brothers, but they did not recognize him (Genesis chapter 42). – This is one of the charachteristics of Yosef not just in his generation but in every generation, since Messiah son of Yosef recognizes his brothers, but they do not recognize him. And it is an action of Satan that hides the charachteristics of Messiah son of Yosef, that they do not recognize the footsteps of the Messiah and also ridicule them, in our great iniquities…For if not for this, there would have already have been an end to our troubles. Now if Israel were to recognize Yosef, that is to say the footsteps of Yosef the Messiah, which are the ingathering of the exiles, etc., we would be redeemed already with a full redemption.

The author of Kol Hator cites the tenth midrash in Parshat Tanchuma as the source for his outlook on history.

When we do the right actions to advance the redemption in a natural way (without relying on the Gentiles to solve our problems), Hashem will manipulate the nations to produce new leaders similar to Coresh/Koresh/Cyrus to help the process. In the latter stages of the redemption we will win, without the help of friendly Gentiles.

The Role of Coresh/Cyrus at the first stages of the Redemption a quote from the English Translation of Kol Hator, chapter 1 that I found at http://www.israel613.com/books/KOL_HATOR.pdf

[c] [Isa. 60:22] “in its time, I will hasten it.” Our Sages interpreted this principle to mean that, if they [the People of Israel] merit it, I will hasten it [the Redemption]; if not, I will bring it in its own time (Sanhedrin 98a). Regarding this, the Gaon commented that after all, the verse should be interpreted literally. According to the plain interpretation, even if the Redemption comes at its proper time, I will hasten it. When? –”when the smallest will become a thousand and the youngest a mighty nation.” The words smallest and youngest refer to Efraim, who is Mashiach ben Yosef. It is known that the highest level of Mashiach ben Yosef, who will come when the awakening comes from below, is 1000 less one, or 999 in the sefira of Yesod. When the smallest one will become 1000, that is, when his deeds reach the level just below 1000, then – I am the L-rd; even in its time, I will hasten it. This is also the meaning of “and the things that are to come upon them, will make haste” (Deut. 32). In the words of the Gaon (in which there is also some hint regarding his name), “there is a time for every desire” means that determination of the time depends on the objective below, as it says with regard to Cyrus, “and he will fulfill all my desire.” Cyrus was given his mission in connection with Mashiach ben Yosef from the left side, that is, from the side of Din that is operative when the awakening comes from below. Many times I have witnessed the Gaon pacing around his room, speaking agitatedly saying,
“L-rd of the Universe, don’t you have a middle road between ‘its time’ and ’I will hasten it.’” We insist on the plain interpretation of your promise: “I am the L-rd; in its time, I will hasten it.”