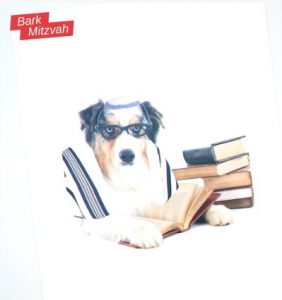 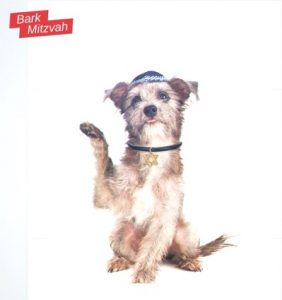 Press esc button if you need to exit full windown. The video might need several presses on the play button to start.

One Reform synagogue, Beth Shir Shalom in Miami, holds Bark Mitzvah celebrations for the congregation members’ dogs on Purim. The ceremony takes place in the synagogue parking lot and not in the sanctuary; thus, there is no chance of a dog having an accident in the synagogue. Bark Mitzvah dogs are given certificates, and the dogs’ family members bark and say a prayer.

Temple Kehillat Chaim, a Reform temple in Atlanta, uses the Bark Mitzvah celebration as a way to raise money. The synagogue sponsored a “Bark Mitzvah Day” fundraiser in 2003, in which about 60 dogs competed in a dog-show spin-off, with “Most Jewish” as one of the competition’s categories.