To be fair Biden probably was responding to an interviewer named George, according to https://www.theyeshivaworld.com/news/general/1913892/biden-was-speaking-to-george-lopez-in-widely-shared-video.html and he probably meant to say, “Four more years, George Lopez…” However, he slipped up and sounded as if he meant four more years of George Bush.

Biden’s blooper is a good introduction for the following translated quote of Orchot Tzadikim. 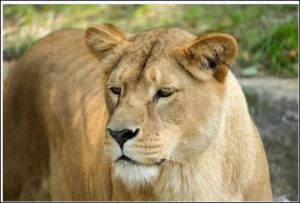 It is written, “Death and life are in the power of the tongue; and they that indulge it shall eat the fruit thereof” (Prov. 18:21). There is a story about a king of Persia who became ill, and the doctors said to him, “You cannot be healed until they bring you the milk of a lioness and then we will make you a medicine that will heal you.” One of the men present said, “I will bring you the milk of a lioness if you wish, but give me ten goats.” The king told his servants to give them to him, and they did so. He went to a pit of lions and there was a lioness there who was giving suck to her young. The first day he stood far off and threw one goat to the lioness and she ate it. The second day he came closer to her a bit and threw her another goat, and thus did he do until he was able to play with the lioness, and he took some of her milk and started back. As he was travelling along the way, he saw in a dream that his limbs were quarrelling with one another. The leg said, “There are no limbs like us, for if we had not gone our master would not have been able to bring the milk.” Then the hand said, “There is no one like us, for if we had not done our part, nothing would have happened.” The brain said, “There is no one like me! If I had not given counsel, of what use would any of you have been?” Then the tongue said, “There is nobody like me. For if I had not said that we would do this thing, who would have done it?” All the limbs answered, “How dare you compare yourself with us? You are in a place of darkness, and you possess no bone like the rest of the limbs.” And the tongue replied to them, “This day will you say that I rule over all of you.”

The man kept the dream in mind. He went to the king and he said to him, “My lord, the 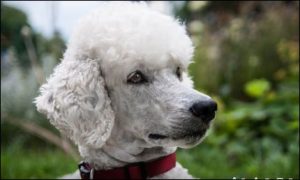 king, here is the milk of a bitch.” The king got very angry and ordered that the man be hanged. As he was about to be hanged, all the limbs began to weep. Whereupon the tongue said to them, “Did I not tell you that you are not worth anything? If I save you, will you confess that I am king over all of you?” And they said to her, “Yes!” Then the man said to the executioners, “Take me back to the king, perhaps I can be saved.” So they returned the man to the king, and the man asked, “Why did you order that I be hanged?” And the king said, “Because you brought me the milk of a bitch.” The man said, “What difference does it make as long as you are healed? And moreover, a lioness is often called a bitch. They took the milk from him and tested it and it was found to be the milk of a lioness. Then all of the limbs said to the tongue, “Now we confess to you that you are king.” And this is the meaning of the saying, “Death and life are in the power of the tongue.” Therefore David said (Ps. 39:2), “I will take heed to my ways, that I sin not with my tongue” (Shohar Tov, 39:2—3, and Yalkut Tehillim, item 721).