Operation Wedding: A Victory of a Few Zionists Against the Soviet Empire 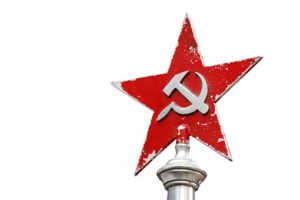 Natan “Anatoly” Altman was a former prisoner of Zion who tried to hijack a plane to escape the former Soviet Union. To be more specific he was a member of “Operation Wedding,” the name of an organized attempt by several Jews to hijack a plane at St. Petersburg airport, and fly it to Israel. In Israel they could live freely as Zionists and as Jews. Under the evil Soviet empire there were severe restrictions against being either a Zionist or a Jew.
The attempt on the surface failed, but it led to a chain of events that caused the release according to one web site of 300,000 Soviet Jews. According to https://www.slideshare.net/philipspiegel/brief-history-of-the-soviet-jewry-movement the results were much greater.
35 Years After the Leningrad Trial

Shortly before the sentences were read, the defendants and their families stood in the courtroom and sang “Am Yisrael Chai” for seven minutes. They then recited Shema Yisrael.

At the order of the judge, the police intervened and stopped the singing. Anatoly Altman was asked if he had anything to say. He said, “I want to send a happy holiday to my brothers in Israel on the occasion of Hanukah.”

Comment by Shlomo Moshe Scheinman: The facts of this article, for example, the statements attributed to Altman are based entirely on the information provided by other web sites.
Comment2 by Shlomo Moshe Scheinman: I am also bothered by the large differences in the numbers of Jews reported released as a result of “Operation Wedding”. It is possible that one web site is stressing the numbers of Jews who were in a clear direct way released in the backlash to “Operation Wedding” and the other web site was stressing long term effects.
Or it is possible to say that the initial wave of 300,000 people released from the Soviet Union was overwhelmingly Jewish as defined by Halacha. The subsequent waves contained large percentages of people that self identified as Jewish for economic or social reasons, who were in fact not Jewish.
The web site that stressed the liberation of 300,000 Jews wanted to stress the facts that were a clear win for Zionism.
For Blog Home page or to search the blogs, press here