In the past the writers that contribute to vilnagaon.org have raised a number of serious objections to President Trump’s Abraham Accords.
For example see:

Besides the moral objections to the Abraham Accords, we knew that when it was in the interests of the UAE to side with the enemies of Israel, they would do so quickly.
https://www.theyeshivaworld.com/news/headlines-breaking-stories/2038887/israel-is-concerned-about-uae-iran-rapproachement.html reports:

Israel Is Concerned About UAE-Iran Rapprochement

The national security adviser of the United Arab Emirates met Monday with Iran’s hard-line president in Tehran, a major visit for the Gulf Arab federation that has long viewed the Islamic Republic as its main regional threat.

Israel is very concerned about the warming of ties between the United Arab Emirates and Iran, Yisrael Hayom reported.

“The Emirates is on its way to playing the Qatari game,” a senior diplomatic official told Yisrael Hayom, a reference to Qatar’s ties with the West while maintaining close relations with Iran, the Muslim Brotherhood, Hamas, and other extremist Islamic groups.

The official blamed the UAE’s renewed interest in Iranian ties on the weakness of the Biden Administration. “The Abraham Accords were born because the United States broadcast that it was strong and could be trusted. When that is not the case, the parties draw conclusions.” 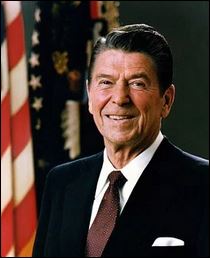 He was far from perfect but so-far Ronald Reagan’s policies were better for Israel than Trump’s policies. For example, Israeli settlement expansion was much greater under Reagan.

When Republican Presidents, who claim they care about Israel, plan policy, they must take into account, that given the demographics in the U.S.A., eventually, a new version of Jimmy Carter, or Bill Clinton, or B. Hussein Obama or Joe Biden will come to power. So even on a practical level (outside of Biblical concerns) peace plans that depend on the goodwill of future Presidents are not a wise choice for Israel and in the long-run when the deals go sour will harm the historical legacy and prestige of the man that made them. For example, British Prime Minister Neville Chamberlain’s land for peace policy before World War II is a lasting badge of shame, even if they brought short-term popularity.

Regarding: the report that Trump slams Israel’s Netanyahu for congratulating Biden

It cannot be denied that Trump did some acts that were beneficial for Israel, such as restoring sanctions on Iran and recognizing Israel’s claims to the Golan Heights. Trump feels anger at Netanyahu for being too quick in congratulating Biden on the outcome of the last election, which he defines as a lack of loyalty and gratitude. Netanyahu being a very machiavellian politician probably figured out that the election fraud claims would not be accepted by the courts (even though they are probably true) and did not want to be blamed for making Biden into an instant enemy.

In any case, for the reason discussed in MIRACLES OF THE GULF WAR