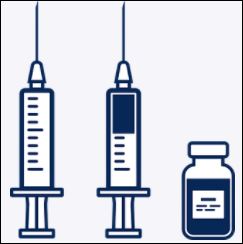 A new vaccine, produced by the Novavax Company, will be available to patients 12 years of age and older at health clinics countrywide in the coming days. Novavax’s protein-based technology joins the other options that are already available such as the Pfizer and Moderna vaccines. Many were skeptical of the other vaccines which are based on the relatively new, mRNA technology.

The new option presents an alternative to the mRNA vaccines, which many were skeptical of. The vaccine was found potent against several cases and various variants. It was approved by Israel’s vaccine council and health ministry, as well as by the leading global regulating bodies including the FDA, EMA, and MHRA, after those bodies studied the vaccine’s scientific data and decided that it is indeed effective against the virus. For those who were not yet vaccinated against Covid-19, the vaccine will be administered in two doses, 21 days apart.

At the end of August, the US military announced that the Novavax vaccine will be made available to its personnel.

Here are some posts which will explain why the Novavax news, might be considered good news to some of our readers.

It is almost needless to add, that Novavax is good news, only on the condition that it was accurately tested and supervised in the trial stage and if one is in a situation where he or she needs a vaccine and the only question is which one to choose.
If however, one has come to the conclusion that the risks of any Covid Vaccine outweigh the benefits, the approval of Novavax by the health bureaucracies is neutral news, not good news.