Information about the characteristics of these variants is rapidly emerging. Scientists are working to learn more about how easily they might spread, whether they could cause more severe illness, and whether currently authorized vaccines will protect people against them. At this time, there is no evidence that these variants cause more severe illness or increased risk of death.

The virus that causes COVID-19 is a type of coronavirus, a large family of viruses. Coronaviruses are named for the crown-like spikes on their surfaces. Scientists monitor changes in the virus, including changes to the spikes on the surface of the virus. These studies, including genetic analyses of the virus, are helping us understand how changes to the virus might affect how it spreads and what happens to people who are infected with it. 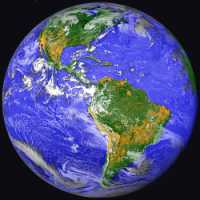 These variants seem to spread more easily and quickly than other variants, which may lead to more cases of COVID-19. Currently, there is no evidence that these variants cause more severe illness or increased risk of death. However, an increase in the number of cases will put more strain on health care resources, lead to more hospitalizations, and potentially more deaths. Rigorous and increased compliance with public health mitigation strategies, such as vaccination, physical distancing, use of masks, hand hygiene, and isolation and quarantine, will be essential to limiting the spread of SARS-CoV-2 and protecting public health.

What we do not know

Scientists are working to learn more about these variants, and more studies are needed to understand:

Public health officials are studying these variants quickly to learn more to control their spread. They want to understand whether the variants:

Public health officials are studying these variants quickly to learn more to control their spread. They want to understand whether the variants:

Change the effectiveness of COVID-19 vaccines.

What CDC is doing

CDC, in collaboration with other public health agencies, is monitoring the situation closely. CDC is working to detect and characterize emerging viral variants and expand its ability to look for COVID-19 and new variants. Furthermore, CDC has staff available on-the-ground support to investigate the characteristics of viral variants. CDC is collaborating with EPA to confirm that disinfectants on EPA’s List N: Disinfectants for Coronavirus (COVID-19)external icon inactivate these variant viruses. As new information becomes available, CDC will provide updates.