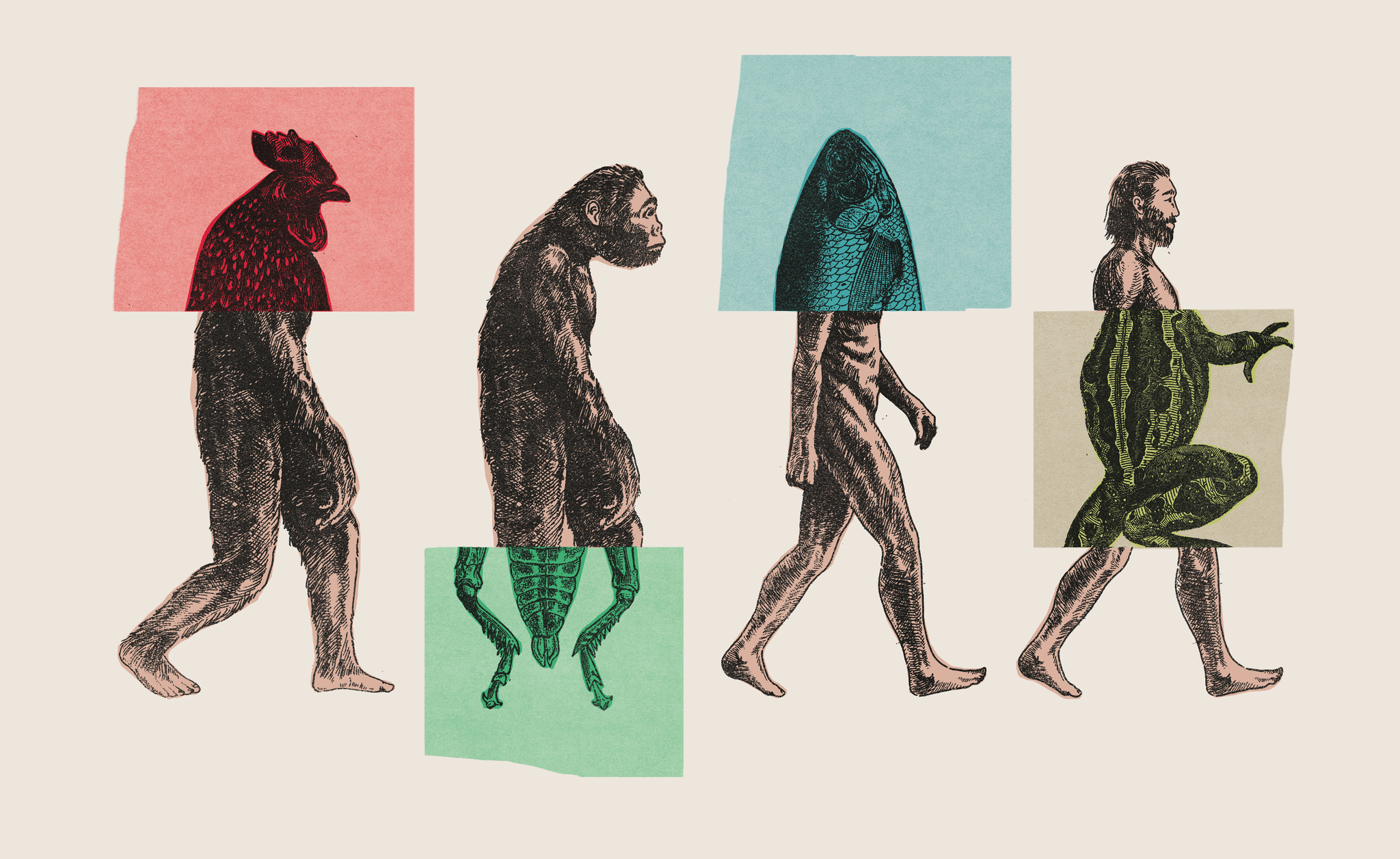 Image Source from the article at https://www.nytimes.com/2018/08/13/magazine/evolution-gene-microbiology.html

Let’s be honest. The real affection of secularists for Darwin’s theory about the origin of life is that they thought that have found a mechanism to show that the blind forces of nature can easily produce all forms of life that we observe. As I stated in my article The Sequence of the 6 Biblical Days of Creation In Light of Science; while it might not be heretical to believe that “survival of the fittest” can account for everything in the world until the advent of Adam, it certainly is a foolish and fanatical viewpoint (Hitler used a crude form of Darwinism to justify his vicious Nazi ideology).
In a long article by the New York Times Magazine (a publication that has the highest secularist credentials) entitled “The Scientist Who Scrambled Darwin’s Tree of Life” By David Quammen, currently at https://www.nytimes.com/2018/08/13/magazine/evolution-gene-microbiology.html it is shown that it was not as easy as predicted by Darwin to produce life as we know it.
Here’s a brief excerpt:

We are not precisely who we thought we were. We are composite creatures, and our ancestry seems to arise from a dark zone of the living world, a group of creatures about which science, until recent decades, was ignorant. Evolution is trickier, far more complicated, than we realized. The tree of life is more tangled. Genes don’t just move vertically. They can also pass laterally across species boundaries, across wider gaps, even between different kingdoms of life, and some have come sideways into our own lineage — the primate lineage — from unsuspected, nonprimate sources. It’s the genetic equivalent of a blood transfusion or (to use a different metaphor preferred by some scientists) an infection that transforms identity. They called it “infective heredity.”

My quote of the theory of Woese and a reference to the article above is not necessarily an endorsement of his views. As I explained in my article The Creation of Adam from Dust and the Theory of Evolution it is possible to believe in the literal text of Breishit/Genesis and still believe in a modified form of the theory of evolution or one can entirely deny the theory.
My goal here, as well as my goal in some of my other articles, such as, The SETI Proof for the Existence of G-d is to show that it is very, very difficult for science to explain how life exists as we observe it given the laws of nature currently known to us.

Here I will provide a brief excerpt from The Seti Proof … article:

As far as the odds of random chance producing a minimally complex cell, non-Jewish scientist, Stephen Meyer in his book, Signature in the Cell, page 216 writes:

By simply multiplying the 3 relevant factors 1043 X 1080 X 1017  we arrive at 10140 as the maximum total number of events that could have taken place in the entire observable universe.

On page, 219 we learn that the probability of producing a minimally complex cell by chance alone is 1 chance in 1040,861. That is to say that 10140  maximum total number of events in the universe could in no realistic way account for our extremely, “lucky” result of the production of the first complex cell.

The truth of the matter you can make the odds for random luck producing a minimally complex cell much worse by considering the following issues raised by
Ide Trotter, Ph.D. in a brief comment to one of Rabbi Moshe Averick’s articles at http://www.algemeiner.com/2011/08/17/scientists-prove-again-that-life-is-the-result-of-intelligent-