Revised 12th of Tamuz, 5782 after finding the original link to the Bodleian Library page is no longer valid. I downloaded other Rashi Manuscripts which seem to make the same point. 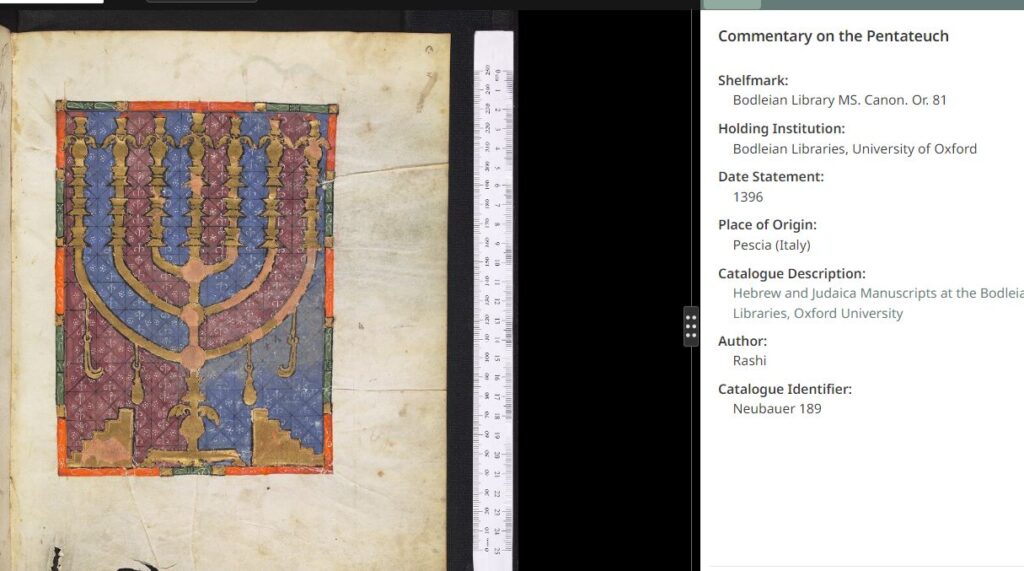 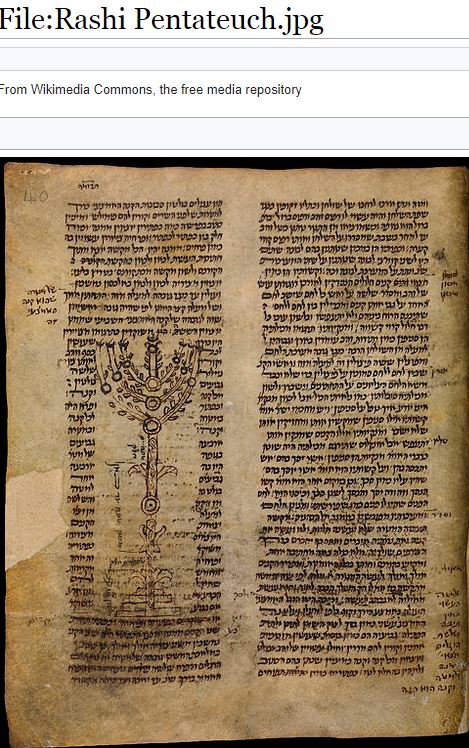 Modern 10 Agorot coin pictured aboveCoins issued by the last of the Hasmonean kings during the 2nd Temple period also display the Menora as having curved branches in contrast to Chabad’s version of the Menora, which depicts all the branches of the Menora as straight.
https://en.numista.com/catalogue/pieces1715.html
The modern Israeli 10 Agorot coin is a “replica of a coin issued by Mattathias Antigonus (37 – 40 B.C.E.) with the seven-branched candelabrum; the emblem of the State of Israel;”Obviously the modern 10 Agorot coin contains additional things that the old coin did not, but both the old Mattathias Antigonus coin and the new coin contains a picture of the Menora with curved branches.Now perhaps one can answer on behalf of the Chabad view, that the Talmud records, an important Rabbi saw the Tzitz (the forehead plate) of the Cohain Gadol (High Priest) that was used in the Second Temple and taken as war booty to Rome. Rambam (Maimonides) despite the testimony of this Rabbi, still held the ideal way to make the Tzitz was different than what that Rabbi saw. He was only willing to admit that if it was made in the manner that the Rabbi of the Talmud saw, it is also fit.
I once heard from Rabbi Makover, that the head of Chabad, Rabbi Menachem Schneerson admitted that a menora with curved branches was kosher, just in his view it was not the ideal. So he might try to say that just as the Tzitz was sometimes not made during the Second Temple period according to the ideal maybe the same was true for the Menora in the time of Mattathias Antigonus.
It is possible that Rashi also might accept the principle I mentioned earlier that what was used during the 2nd Temple period might not have always been the ideal, because the base of Rashi’s menora looks different than the base of the menora on the Mattathias Antigonus coin.
According to an archaeological find 50 meters away from what is called today the “southern wall of the Temple Mount” a gold medallion from the late Byzantine period was found, which is a closer fit with Rashi’s viewpoint. 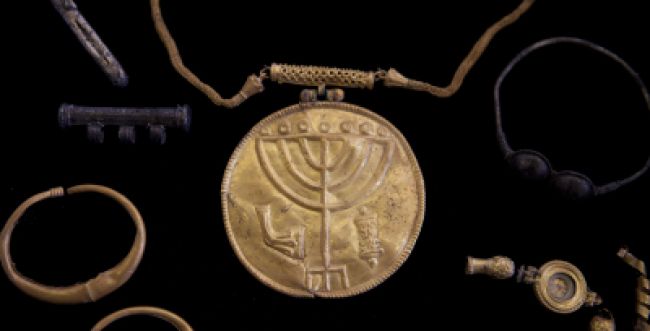 The elders of the [high] court would transfer him to the elders of the priesthood, and they would bring him up to the upper chamber of the House of Avtinas, administer the oath to him, take their leave and depart. And they would say to him, My master, High Priest, we are the messengers of the beit din, and you are our messenger and the messenger of the [high] court. We make you swear, by He Who caused His name to dwell in this House, that you will not change a thing from what we have told you. He would separate from them and sob, and they would separate from him and sob.
If he was a sage, he would expound. If not, sages would expound in front of him. If he was accustomed to reading, he would read. If not, they would read in front of him. And from what would they read in front of him? From Job, and from Ezra, and from Chronicles. Zecharya ben Kabutal said, many times I read from Daniel in front of him.

In the standard Shas Vilna edition of Menachot 98b the following shape is attributed to the Menora by the main commentary on the page. 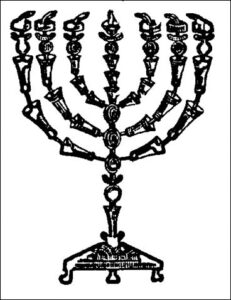