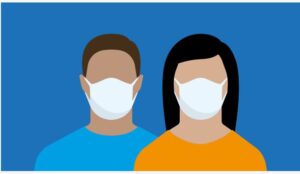 The study used a variety of statistical methods to study correlation but “none of these tests provided negative correlations between mask usage and cases/deaths … Surprisingly, weak positive correlations were observed when mask compliance was plotted against morbidity (cases/million) or mortality (deaths/million) in each country.”

The study also noted that the public may have gained the impression that masks could be helpful due to the fact that mandates were usually implemented after the first peak of COVID cases had passed. However, it became evident that masks were not in fact helpful later that same year, when widespread mask usage does not appear to have mitigated the severity of the COVID wave of winter 2020.

See the article for a few more details https://www.israelnationalnews.com/news/326734