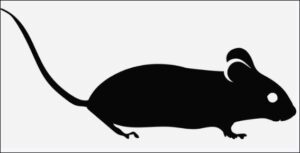 Researchers at Boston University claim to have created a new COVID strain that has an 80% kill rate in lab mice. According to newspaper reports it is somewhat of a hybrid between the Omicron strain and the original Wuhan strain but five times more infectious than Omicron. In other words, the researchers extracted the spike protein from the Omicron and genetically engineered it into the ancestral strain of coronavirus which was detected first in the wet market of Wuhan, China.

We see from the Biblical Book of Zechariah that sometime in the future, the ultimate victory against the enemies of Jerusalem will be through a plague.

We see from Kings Chapter 20 (translated by https://mechon-mamre.org/p/pt/pt09a20.htm) that sometimes Israel wins in battles due to the enemy being careless.

1 And Ben-hadad the king of Aram gathered all his host together; and there were thirty and two kings with him, and horses and chariots; and he went up and besieged Samaria, and fought against it.

2 And he sent messengers to Ahab king of Israel, into the city,

3 and said unto him: ‘Thus saith Ben-hadad: Thy silver and thy gold is mine; thy wives also and thy children, even the goodliest, are mine.’

4 And the king of Israel answered and said: ‘It is according to thy saying, my lord, O king: I am thine, and all that I have.’

5 And the messengers came again, and said: ‘Thus speaketh Ben-hadad, saying: I sent indeed unto thee, saying: Thou shalt deliver me thy silver, and thy gold, and thy wives, and thy children;

6 but I will send my servants unto thee tomorrow about this time, and they shall search thy house, and the houses of thy servants; and it shall be, that whatsoever is pleasant in thine eyes, they shall put it in their hand, and take it away.’

7 Then the king of Israel called all the elders of the land, and said: ‘Mark, I pray you, and see how this man seeketh mischief; for he sent unto me for my wives, and for my children, and for my silver, and for my gold; and I denied him not.’

8 And all the elders and all the people said unto him: ‘Hearken thou not, neither consent.’

9 Wherefore he said unto the messengers of Ben-hadad: ‘Tell my lord the king: All that thou didst send for to thy servant at the first I will do; but this thing I may not do.’ And the messengers departed, and brought him back word.

10 And Ben-hadad sent unto him, and said: ‘The gods do so unto me, and more also, if the dust of Samaria shall suffice for handfuls for all the people that follow me.’

11 And the king of Israel answered and said: ‘Tell him: Let not him that girdeth on his armour boast himself as he that putteth it off.’

12 And it came to pass, when [Ben-hadad] heard this message, as he was drinking, he and the kings, in the booths, that he said unto his servants: ‘Set yourselves in array.’ And they set themselves in array against the city.

13 And, behold, a prophet came near unto Ahab king of Israel, and said: ‘Thus saith the LORD: Hast thou seen all this great multitude? behold, I will deliver it into thy hand this day; and thou shalt know that I am the LORD.’

14 And Ahab said: ‘By whom?’ And he said: ‘Thus saith the LORD: By the young men of the princes of the provinces.’ Then he said: ‘Who shall begin the battle?’ And he answered: ‘Thou.’

15 Then he numbered the young men of the princes of the provinces, and they were two hundred and thirty-two; and after them he numbered all the people, even all the children of Israel, being seven thousand.

16 And they went out at noon. But Ben-hadad was drinking himself drunk in the booths, he and the kings, the thirty and two kings that helped him.

17 And the young men of the princes of the provinces went out first; and Ben-hadad sent out, and they told him, saying: ‘There are men come out from Samaria.’

19 So these went out of the city, the young men of the princes of the provinces, and the army which followed them.

20 And they slew every one his man; and the Arameans fled, and Israel pursued them; and Ben-hadad the king of Aram escaped on a horse with horsemen.

21 And the king of Israel went out, and smote the horses and chariots, and slew the Arameans with a great slaughter.

22 And the prophet came near to the king of Israel, and said unto him: ‘Go, strengthen thyself, and mark, and see what thou doest; for at the return of the year the king of Aram will come up against thee.’

To quote from James B. Meigs at https://www.commentary.org/articles/james-meigs/lab-leak-theory-cover-up/

Interestingly, the idea that the virus might have leaked from a lab wasn’t particularly controversial in the early weeks of the pandemic. Initially, no one thought it was “racist” to note the coincidence that a disease caused by a virus similar to ones found in Chinese bats just happened to emerge at the doorstep of the world’s top laboratory devoted to studying…Chinese bat viruses. But once Senator Cotton brought up the possibility in a January 2020 Senate hearing, the lab-leak notion had to be squelched …

We may never get complete confirmation that the virus emerged from the Wuhan Institute; certainly, China will never allow an honest investigation. But the idea that the virus resulted from scientific research—and that some U.S. scientists then tried to hide their involvement—is already gaining acceptance with the public. How will Americans react to this perceived betrayal? Not well, I’m afraid. “We may very well see the expert-worshiping values of modern liberalism go up in a fireball of public anger,” writes Thomas Frank. The financial crisis of 2008 triggered widespread suspicion of elite institutions and free markets, burning over political ground that eventually became fertile for both Bernie Sanders and Trump. If the public concludes that COVID-19 was, in effect, an inside job, the political fallout could last a generation. I don’t mean people will believe the virus was deliberately released—although far too many will embrace that idea—but that they will see the disease as a product of an elite power structure that behaves recklessly and evades responsibility.

It is beyond the ability of Vilnagaon.org to determine if indeed the Covid 19 epidemic was initiated by a lab leak or a natural disaster. But even if one contends the virus started by pure natural disaster, this does not rule out that a lab leak accident might and I stress might, start a future pandemic of a deadly plague against the enemies of Jerusalem as described in Zechariah 14:12.

Of course in other scenarios it could be the defenders of Jerusalem who intentionally use bio-warfare. Or it could be a miracle outside the known laws of nature. We can’t really know for sure, until the prophecy is indeed fulfilled. In all scenarios the ultimate victory will be attributed to Hashem.

Zechariah 14:9 And the LORD shall be King over all the earth; in that day shall the LORD be One, and His name one.