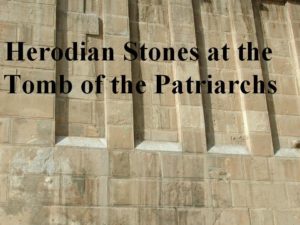 Jews inhabited Hevron from Biblical times until the fifth century.

During the Middle Ages, settlement was sparse and not continuous.

From the beginning of the 16th century, Jews who were expelled from Spain during The Inquisition came to settle in the city. They established a new neighborhood, at the center of which, stood the Avraham Avinu Synagogue.

The Jewish neighborhood was known as the “Jewish ghetto” due to its small size and the type of buildings that characterized it.

The Acquisition of Tel Romeida

The first stage in the purchase of the area began in 1807 and marks an important time in the history of the Jewish community in Hevron. Rav Chaim Yeshua Bagou, then the rabbi of the community (was known as Chaim HaMitzri by the Arabs), bought a 5 dunam area of land from the well-known Kashchul Family. Today, this area is used as a marketplace in Hevron.

The next stage began in the month of May 1811, when Rav Bagou purchased a parcel of land of 800 dunams from the Amiti Family of Hevron. This area included Tel Romeida (the Biblical Hevron) and the gravesite of Yishai, father of David. This land was purchased with the rabbi’s private funds and given by him to the Jewish community as a donation. Certificates of purchase were issued by the Muslim waqf and signed by the Amiti family. According to Muslim tradition, the Amiti family received these lands directly from Muhammed.

Tel Romeida is actually the very place where Biblical Hevron was situated and remnants of the city’s fortress have been uncovered. Present-day Hevron is situated in the field between the four quarters of the Biblical city.

In the year, 1929, the Arab inhabitants of Hevron carried out a massacre of the Jews of Hevron. The British Government did nothing to intervene to protect the Jewish population. Despite the good relations between Arabs and Jews within the city that caused the Jews to remain in the city on the eve of the massacre, Arab rioters rose up against the Jewish residents on the 18th of Av. They brutally slaughtered 67 individuals including guests and students of the Hevron Yeshiva (Slobodka).

In the aftermath of the massacre, the British government demanded that the surviving Jews leave the city. Jewish settlement in Hevron was renewed in 1931. However as the result of the great Arab riots in 1936, Jews were expelled from the city. In this way, 450 years of continuous Jewish presence in Hevron came to an end.

In 1949, the Jordanians gained control over Hevron and the rest of Yehuda and Shomron. The Jewish Quarter and The Avraham Avinu Synagogue were destroyed under the Jordanian rule and an open air market was established on part of the area.

The Jewish Quarter was renewed after the Six-Day War. On its outskirts, the municipality of Kiryat Arba was established.