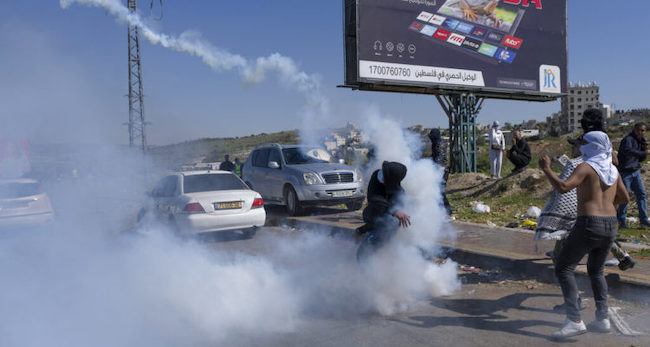 Out of Control! Jews Attacked on Passover, Political Tensions Grow

Out of Control! Jews Attacked on Passover, Political Tensions Grow
April 18, 2022 by AFSI Staff
On Shabbos morning a terrorist armed with a knife was stopped while attempting to breach the security fence around the Jewish community of Beit El. The individual was apprehended and admitted he was looking to carry out a terror attack. On Sunday Jews walking in the Old City of Jerusalem towards the Kotel were beaten by Arab assailants.

On Sunday, Arabs attempted to block Jewish visitors to the Temple Mount by placing stones at the passageways used by Jews. Five people were injured when stones were thrown at buses carrying worshipers to the Kotel.

As tensions at the Temple Mount continue, reports are coming in that southern Israel is under rocket attacks.

The Islamic council which provides spiritual leadership for the Southern Islamic Movement and the United Arab List has instructed the party to halt all cooperation with the Bennett government, citing law enforcement efforts against Arab rioters on the Temple Mount. Some supporters of Mansour Abbas within the party have begun to express doubts about the UAL’s continued presence in the coalition. MK Walid Taha told Channel 13 Sunday afternoon that he is “not optimistic about our future in the coalition.” {Here ends the quote from AFSI.}

How Did Jordan Respond?

The Jordanian Government supported the Muslim Stone Throwers on the Temple Mount. Similarly, the foreign ministry of the UAE summoned the Israeli ambassador for an official rebuke of Israel. No sympathy was voiced for the Israeli victims. Similar reports are heard from other fake Arab peace partners, such as, Morocco. Here is an English radio report on Jordan’s bad behavior https://www.kan.org.il/radio/item.aspx?pid=246746.

This is further proof for vilnagaon.org’s post: Sledgehammer the Book by Former Ambassador D. Friedman is Another Proof that From the Perspective of the Temple Mount and Judea & Samaria, the Lesser of Evils Was a Win by the Incompetent, Left-Winger, Joe Biden

Few trust the senile and incompetent Biden to make dangerous fake peace deals. But unfortunately, they do trust the fake Pro-Israel Donald Trump!

With V. Putin starting to make threats about using nuclear weapons, U.S.A. citizens should start praying that Hashem does not punish the U.S.A. very harshly for being an enemy of the Temple Mount via fake peace deals!