Tenth of Tevet: Jerusalem is Under Siege Again By Ariel N. Pasko

With the news about Australia recognizing West Jerusalem as Israel’s capital, has anyone noticed the irony that it came within days of the Fast of Tevet?

According to II Kings (25:1-4), on the 10th day of the tenth month (Tevet), in the ninth year of Zedekiah’s reign, Nebuchadnezzar, the Babylonian king, began the siege of Jerusalem. The Tenth of Tevet is first referred to, as a fast day, in the Book of Zechariah (8:19), where it is called the “fast of the tenth month.” Jews have mourned this event for over 2,400 years.

Jerusalem was besieged, then later captured, and destroyed. It’s been besieged and destroyed many times since. Is the growing diplomatic recognition today of Jerusalem as Israel’s capital, the historic justice, the Jewish people have been waiting for?

Jerusalem might be special to many throughout the world, but it’s only been the political capital of one nation, the Jewish people, since King David made it the capital city of his kingdom, over 3,000 years ago.

Due to much diplomatic effort by the Israeli government, Australian Prime Minister Scott Morrison announced 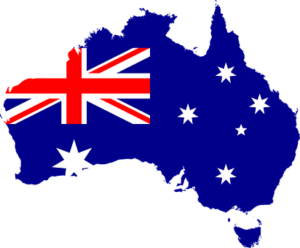 recently, “Australia recognizes West Jerusalem, the seat of the Knesset and many government institutions, as the capital of Israel.”

But, and this is the big but, Morrison stressed, the embassy would not move to West Jerusalem until a peace agreement was reached between Israel and the Palestinian Authority. In the mean time, he said that his government would establish an office that would deal with security and trade. Morrison added that a two-state solution is the only way to resolve the Israeli-Palestinian dispute, with “aspirations of the Palestinian people for a future state with its capital in East Jerusalem.”

Netanyahu has been glaringly silent, the Prime Minister’s Office issued no statement.

But Netanyahu is also Minister of Foreign Affairs, and through his proxy, in a tepid response, Israeli Foreign Ministry spokesman Emmanuel Nahshon, posted on Twitter: “Israel views the decision of the Australian government to open the Ministry of Economic Affairs in Jerusalem as a step in the right direction.”

Yuval Rotem, director general of the Foreign Ministry and a former Israeli ambassador to Canberra, issued a warmer response, tweeting, “I welcome Australia’s announcement recognizing Jerusalem as Israel’s capital, reflecting the Jewish people’s historical bond to Jerusalem, and a practical approach to the future of the peace process in our region.”

After Morrison’s announcement, the gulf Arab Kingdom of Bahrain, expressed support for Australia’s decision to recognize West Jerusalem as Israel’s capital. Interestingly, last month, a senior Israeli official said that Israel is in close talks, to establish diplomatic relations with the Gulf state, as part of the growing rapprochement with moderate Arab states, including Oman.

This is all part of the larger strategic Sunni-American-Israeli coalition developing, against Shiite Iran. Bahrain, I might add, is a Shiite-majority citizenry ruled by a small Sunni royal family and business class. Half of its population is foreigners. Bahraini leaders, fear Iran’s threatening presence.

Soon after Morrison made his announcement, the Arab League’s Assistant Secretary General for Palestine and the Occupied Arab Territories, Saeed Abu Ali, condemned Australia’s decision as a break with the international community’s position, and disregard of international law. In a statement, he said it was “blatantly biased toward the positions and policies of the Israeli occupation.”

But not all Israeli politicians were so subdued in their response to Australia’s announcement.

Minister for Regional Cooperation Tzachi Hanegbi tweeted, “Australia is a great friend of Israel and we greatly appreciate our friendship and warm relations. But there is no such thing as ‘West Jerusalem’ and ‘East Jerusalem.’ There is only Jerusalem, the eternal and undivided capital of the State of Israel.”

Knesset Speaker Yuli Edelstein said, “I am surprised by Australia’s recognition of West Jerusalem as the capital of Israel, and we will continue to insist on this, all of Jerusalem is our capital forever, not just part of it.”

Science and Technology Minister Ofir Akunis thanked Canberra, but he too added that, “all of Jerusalem has been our capital for the past 3,000 years.”

comment from the webmaster: For some unknown reason our internet filter was blocking the display of the 2nd part of this article. Most of Ariel N. Pasko’s articles can be viewed at http://arielnatanpasko.blogspot.com/