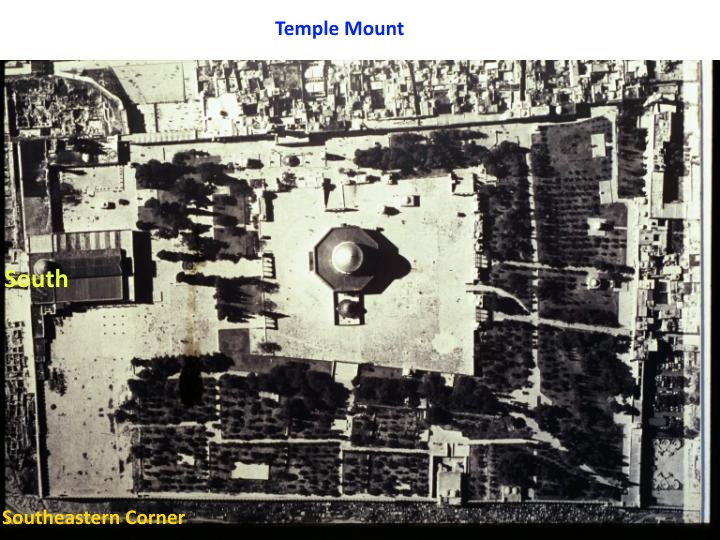 The fact that the phrase “Dome of the Rock” does not appear explicitly in the writings of the Caphtor Vapherach, is brought by advocates of the Southern Location of the Temple on Mount Moriah as evidence that that Caphtor Vapherach must have argued against the accepted view about the location of the Holy of Holies.

In this article I will offer other explanations as to why Caphtor Vapherach refrained from using the phrase.

Therefore, Caphtor Vapherach preferred to link the identification of the Temple’s location to the Shushan Gate rather than the Dome of the Rock.

“The Gaon of blessed memory, wrote that the Muslims that we live among, do not congregate for idolatry and one is allow to make a blessing over their fragrant spices, (end of quote). But if you object that he does serve idolatry, that is to say, the Markolis idol as Rabbi Avraham Ibn Ezra wrote in his commentary to Daniel, nevertheless, he does not libate wine. For wine is abhorred according to his lifestyle. And things that are similar to this, where we have no reason to be suspicious, we indeed are not suspicious”.

So perhaps to satisfy all opinions, Caphtor Vapherach did not want to use the Dome of the Rock, which the Arabs sometimes prayed in as a mosque, as a landmark (although in principle he agreed with the viewpoint of the Gaon cited above).

And it should be noted that I did a search in the Bar Ilan responsa program, and the word mosque does not appear at all, in the entire Caphtor Vapherach book.

And it should be noted that even according to Rambam’s (Maimonides) viewpoint, if we interpret his words according to the simple meaning[2] that the Muslims are not idol worshippers at all, one has to do a thorough investigation if the mosque of Muslims has a law of the house of the Heretics, the Apostates and the impudent Karaites, that according to Rambam even if someone is chasing after a person to kill him and a snake runs after him to bite him,  one should not enter their homes even in times of danger”[3]. And one has to bring a clear proof whether according to his viewpoint one can use a mosque as a landmark.

In Pirkei DeRabbi Eliezer chapter (28) [35] “This is none other than the house of the L-rd, and this is the gateway to heaven. (Breishit 28:17)”. From here you learn that all that pray in Jerusalem it is as if he prays before the Holy One Blessed Be He and his Throne of Glory, for the Gateway to Heaven is there. And Yaakov returned to gather the stones and found they all become one stone, and he made it into a pillar within that place and oil descended for him from Heaven and he poured oil on top of it. And it is called the foundation stone (“Even Hashtia”) for there is the navel of the earth and from there the Earth sprouted, and there is the Sanctuary (Heichal) of Hashem, for it was stated (there, verse 22) “And this stone”.

As a continuation of this article, see: A Critique of Architect, Tuvia Sagiv’s Temple Mount Theory

[1] That a person should not say, guard for me by the side of a certain idolatry (Sanhedrin 63b); and similarly, Chafetz Chaim brought this as halacha, Sefer Hamitzvot Hakatzar, negative commandment #13

[2] And we don’t say instead that he was using the misleading language that Ulla used to fool a murderer, Nedarim 22a

[5] Hilchot Avoda Zara 8:9 “he who is not an idolater cannot nullify.”

[6]I saw in Shaarei Heichal on Zevachim produced by Machon Hamikdash, chapter 295, an explanation why there are rabbis that are not concerned about using places of idolatry as landmarks. And thus, he states: See Chavot Yair Chapter 1 regarding the prohibition of “it should not be heard upon your mouth”. That the prohibition is only to recall it without a valid purpose … all the more so one should not abstain from writing it in a book, if the purpose is for the sake of clarifying a mitzva. This quote was brought regarding the place in which the ashes of the red heifer were produced on the Mount of Olives – The viewpoint of Rabbi Yonatan Adler, Techumin, Vol. 22. Rabbi Adler uses a church of idolatry as a landmark to identify the place where the ashes of the red heifer were produced.