The founder of Islam destroyed the Jews of Arabia through fake peace treaties and “Divide and Conquer Tactics” as spelled out in the article What happened to the Jews of Arabia.
The Muslim countries who follow the doctrines of the founder of Islam, have no moral qualms of making fake peace treaties and then breaking those treaties with sneak attacks. Because Israelis perceive Trump as a “friend” and Biden as an adversary, they are more easily tricked by Trump into signing fake peace treaties with Muslim extremists, that freeze Jewish settlements and sovereignty in Judea and Samaria and secretly create a Palestinian state (which will be released to the public when the timing is right). 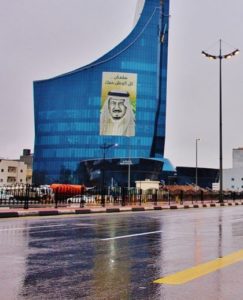 The fake peace treaties give the Muslim extremist countries access to the most dangerous USA weaponry and allows them to buy up Israel’s economy (allowing them to damage the country from within).

Other problems connected to all the fake peace treaties promoted by Trump at the expense of Judea and Samaria are spelled out in the article Land for Peace, A Major Sin In Avraham’s (Abraham’s) Time and to Separate Holy From Secular, A Major Sin in Clinton’s Time and Trump’s Time

See also If True Peace With Syria Could Be Obtained Despite All The Difficulties Stated Would this Be Desirable?

In light of the so-called “Abraham Accords”,  Trump’s symbolic gestures concerning the embassy in Jerusalem and his declarations about the Golan Heights should be viewed as bait for damaging fake peace treaties.

It is true that Trump – Pence have done a better job at fighting boycotts against Israel than Obama – Biden but this fact does not in any way undo the Fake Peace threat against Judea, Samaria, and East Jerusalem.

However, with Trump in control, Syria is seriously considering the Peace Option with Israel. From a Biblical Zionist perspective any peace treaty with Syria would only weaken Israel and strengthen the enemy. My source for the information that Syria is warming up to the Peace Option is from a secular, pro-Netanyahu web site. For those that take the risk of going to secular web sites the link is here.

FOR THE REASON DISCUSSED IN MIRACLES OF THE GULF WAR

Clarification: I am not providing here any endorsements or telling people to vote or not to vote in the elections. After all, Biden has his own list of failures. You will have to get good advice from someone else you trust!

This article was written by Shlomo Moshe Scheinman and permission is granted to every Pro-Israel web site to republish it. This article has been published originally on Wed, 7 October 2020 19th of Tishrei, 5781 and future developments might necessitate a change in what is written here.