The foundation of Iran’s nuclear program can be traced to extensive Chinese and Russian cooperation in the 1990s, according to a former U.S. intelligence official who specialized on Tehran’s program.

“Russian and Chinese cooperation in the 1990s with Iran created the foundation of the Iranian nuclear program today,” said Susan Voss, a former nuclear engineering analyst with Los Alamos National Laboratory who has worked closely with the U.S. intelligence community.

As relations between the U.S. and Iran remain tense, perhaps no other country is watching as closely as China.

China, long Iran’s largest trading partner, is more financially and politically enmeshed with both Iran and the broader region than ever before. And in the last few years, as Iran’s economy has suffered under crippling sanctions imposed by the United States, China’s subtle assistance is a major reason Iran isn’t in a deeper hole.

Henan, Kaifeng Jews persecuted along with other religions

The Jewish community is not recognized among the official religions and its activities are considered “illegal”. The persecution increases after the launch of the new regulations on religious activities. The Jewish community of Kaifeng dates to the 10th century and is made up of about 1000 members. The project to rebuild the synagogue has been blocked by the government

Kaifeng (AsiaNews) – The small Jewish community of Kaifeng (Henan) is suffering persecution along with all other religions in China.

In an article published yesterday in the “Jerusalem Post”, Lela Gilbert, a member of the Hudson Institute and author of several books on persecution, writes: “The harsh treatment of China’s miniscule Jewish population is emblematic of the Godless CCP’s massive suppression of religious faith. And the Kaifeng Jews’ vulnerability is both ominous and all-too-familiar to millions of Tibetan Buddhists, Uighur Muslims and Chinese Christians”.

The Jewish community of Kaifeng has less than 1000 members, but it is subjected to heavy controls, police raids, obstacles of various kinds, especially after the February 2018 launch of new regulations on religious activities.

“During a raid – says Gilbert – government agents reportedly tore loose a metal Star of David from the entryway and tossed it on the floor. They ripped Hebrew scriptural quotations off the walls. They filled up a well that had served as a mikveh (ritual bath) with dirt and stones. And all foreign plans to build up and support the Jews of Kaifeng were summarily canceled.

The problem is that the Chinese government recognizes only five religious communities: Taoists, Buddhists, Muslims, Protestant Christians and Catholics. The other religions – including the Jewish one – are considered illegal and suffer a fate similar to that of the underground communities. In Henan, many Catholic and Protestant churches have been forced to close and prohibit entry for young people under 18.

The Jewish community of Kaifeng has a history dating back to the 10th century, when Jews from Persia arrived in China. The first synagogue in Kaifeng was built in 1163. After several events over the centuries, in recent years the community has succeeded in establishing relations with Jewish world and has created a small center of Jewish culture. Some benefactors are ready to support the reconstruction of the synagogue. But, since February, this project has been blocked.

See also https://bitterwinter.org/silencing-tiny-community-of-kaifeng-jews/ for more on this subject.

Let me make myself perfectly clear that due to heavy intermarriage – most, maybe all of this Chinese group would need to convert to regain their official halachic status as Jews. But the Chinese government does not allow them to convert!

3 Times a Day in the 12th Blessing of the Amidah Prayer Jews Pray the Blessing against the Minim, Which Include Atheists. Due to Heavy Censorship Jews in Ashkenazik Countries Had to Remove the Word “Minim” from the Prayer Book. Sephardic Jews Continue to Explicitly Pray Against the Minim.

There are 5 types of Minim according to Rambam. Sefaria gives the general translation of the term Minim as Atheists although it is not exact. Here is a quote of Rambam as translated by Sefaria. https://www.sefaria.org.il/Mishneh_Torah%2C_Repentance.3?lang=bi

Upon Completion of Reading The Megilla of Esther We Also Make Our Attitude Towards the Wicked, Very Clear

After the Megilla reading, one must recite, “Cursed is Haman, blessed is Mordechai; cursed is Zeresh, blessed is Esther; cursed are all the wicked people, blessed are all the righteous people; and Ĥarvona, too, is remembered for good (y. Megilla 3:7; sa 690:16).

The statement cursed all the wicked people is probably a watered down version after censorship of an even stronger statement. Seek out accurate texts of Shulchan Aruch, O.C. 690:16. It definitely includes the Chinese Atheists. 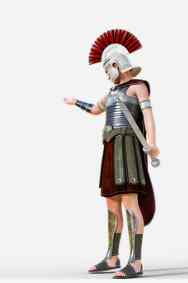 The following is from the Talmud Avoda Zara 10b as translated by https://www.sefaria.org.il/Avodah_Zarah.10b.4?lang=bi

One day, Antoninus found that Rabbi Ḥanina bar Ḥama was sitting there. He said: Did I not tell you that when I come to visit, let no man be found before you? Rabbi Yehuda HaNasi said to him: This is not a human being; he is like an angel, and you have nothing to fear from him. Antoninus said to Rabbi Ḥanina bar Ḥama: Tell that servant who is sleeping at the entrance that he should rise and come.

Rabbi Ḥanina bar Ḥama went and found that the servant Antoninus referred to had been killed. He said to himself: How shall I act? If I go and tell Antoninus that he was killed, this is problematic, as one should not report distressing news. If I leave him and go, then I would be treating the king with disrespect. He prayed for G-d to have mercy and revived the servant, and he sent him to Antoninus. Antoninus said: I know that even the least among you can revive the dead; but when I come to visit let no man be found before you, even one as great as Rabbi Ḥanina bar Ḥama.

Why Was “Rebbe”,  Silent According to Tosafot ?

Tosafot offers 2 possibilities why Rebbe, remained silent. His 2nd answer was that they were Minim.

Tosafot did not seemed to be impressed by the excuse that those guards had a poor religious education.

When it comes to the issue of Atheism, Rambam also does not appear to accept the excuse of poor religious education. See Rambam, Hilchot Melachim 10:1, Moreh Nevuchim Vol. I, chapter 36

Gog and Magog Who in the Future Will Invade Israel Before Their Miraculous Defeat According to Yechezkel/Ezekiel Chapters 38 and 39 Will Be Against Hashem (G-d) and Against His Annointed One.

The Talmud, tractate Avoda Zara 3b, explains based on Tehillim/Psalms 2:2 that the future enemy, Gog and Magog will be Anti Hashem and Anti His Annointed One and will cause people to remove their Tefillin from their heads and their arms. The black boxes in the picture below on these three men are Tefillin for those that do not know.

I do not know which country will lead the Gog and Magog coalition of invaders of the Land of Israel, but as things stand now, it is quite probable that the Chinese Atheists will supply some of the soldiers.

And He said, ‘If you obey Hashem your L-rd and do what is upright in His eyes, carefully heeding all His commandments and keeping all His decrees, then I will not strike you with any of the sicknesses that I brought on Egypt. I am Hashem who heals you.’

Having the proper definitions of who is a good person and who is not, will help moves us forward to the blessing of the verse, I will not strike you with any of the sicknesses that I brought on Egypt. I am Hashem who heals you.’

Even When Gentiles Are Idol Worshipers, Jews Are Subject to the Ways of Peace Laws of the Talmud, tractate Gittin 61a

The mishna teaches: One does not protest against poor gentiles who come to take gleanings, forgotten sheaves, and the produce in the corner of the field, which is given to the poor [pe’a], although they are meant exclusively for the Jewish poor, on account of the ways of peace. Similarly, the Sages taught in a baraita (Tosefta 5:4): One sustains poor gentiles along with poor Jews, and one visits sick gentiles along with sick Jews, and one buries dead gentiles along with dead Jews. All this is done on account of the ways of peace, to foster peaceful relations between Jews and gentiles.

The Chafetz Chaim also informs us in Mishna Brura, chapter 304 and in Beu’r Halacha to chapter 330 that trinity believers and Muslims do not have the more honorable status of Gair Toashav.

Do The Ways of Peace Laws Always Apply Or Not Always? Does Jewish Law make distinctions between ideological opponents and active Enemies?

These are fair questions but it is beyond the scope of this article.