Skip to Main Content
Shmot / Exodus Chapter 2: as translated by http://bible.ort.org/books/pentd2.asp?ACTION=displaypage&BOOK=2&CHAPTER=2
2:16 The sheik of Midian had seven daughters, who came to draw water. As they were beginning to fill the troughs and water their father’s sheep,
2:17 other shepherds came and tried to chase them away. Moses got up and came to their aid, and then watered their sheep.
2:18 When they came to their patriarch Reuel, he asked them, ‘How did you get to come home so early today?’
2:19 ‘An Egyptian stranger rescued us from some shepherds,’ they replied. ‘He also drew water for us and watered our sheep.’
2:20 ‘And where is he now?’ he asked his daughters. ‘Why did you abandon the stranger? Call him, and let him have something to eat.’ 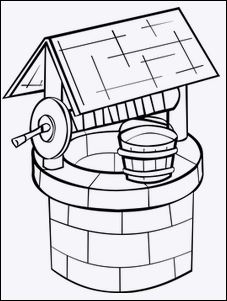 In his Torat Moshe commentary to Shmot 2:17, Chatam Sofer explains that Moshe considered the well to be jointly owned by all the members of the city, and the daughters who drew water, were taking their fair share of the water. Therefore Moshe arose and saved them because Noahides are commanded on enacting a judicial system to do justice if they see violence and quarrels in the city like the Rambam wrote in the Laws of Kings (9:14) and Ramban quoted him earlier in his commentary to Breishit 34:13 regarding the incident in Shechem… {end of translated quote}

We see that the Chatam Sofer considered Moshe to be a Noahide at that point in history. People should not be so quick to deduce what is the Halacha for Jews after the revelation of Sinai from this incident.