Skip to Main Content
For the sake of ease I will rely on the translation of https://www.sefaria.org.il/Or_HaChaim_on_Genesis.49.5.1?lang=bi&with=all&lang2=he
when presenting the views of Ohr Hachaim regarding Breishit / Genesis 49:5-7 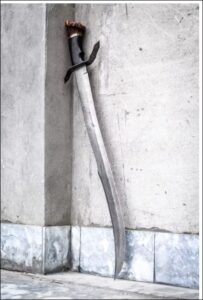 שמעון ולוי אחים, Shimon and Levi are brothers, etc. Jacob stressed the fact that Shimon and Levi were brothers as their similarity was natural, they shared many attitudes, something that is not always the case between brothers. It is also possible that Jacob referred to their joint action in Shechem as well as their plan to dispose of Joseph at the time, when he described their brotherliness. Jacob may have meant that these two between them shared the element of fire in an exaggerated manner. Our sages in Yuma 22 describe that Saul committed one sin which cost him the kingdom whereas David committed two serious sins without forfeiting his kingdom. The reason for this was that Saul was even-tempered by nature whereas David was impetuous by nature as we know from Samuel I 16,12 where the prophet describes David as אדמוני, red cheeked, i.e. hot-blooded. When G’d judges people He makes allowances for their natural tendencies, their genetic mix. Although someone who contains a greater than average share of the element of fire will be most enthusiastic in his service of G’d as a result (as we know from the tribe of Levi), this enthusiasm does not act as a barrier against his committing errors on occasion. Such errors also reflect his genetic composition. The fact that a person such as Saul was of an even temperament usually acted as a barrier against his falling victim to the lures of the evil urge. When Jacob described Shimon and Levi as אחים the word is derived from חם, heat. Jacob cursed their anger because when it erupted it was apt to prove unusually destructive. Anger is rooted in the element fire…

The word מכרותיהם also contains the root מכר, sale. Jacob referred to the sale of Joseph as an act of violence perpetrated by these two brothers, seeing that Joseph had not been guilty. Although all the brothers had participated in that sale, closer examination of what happened will show you that these two brothers were the instigators of all that violence. They were the ones who said to each other in 37,19: “let us see what will become of his dreams when we will set out to kill him, etc.” (compare Bereshit Rabbah 99,6).

בסודם אל תבא נפשי, “My soul, do not come to their counsel.” We need to understand what precisely Jacob had in mind. Our sages in Sanhedrin 109 say that Jacob referred to the affair with Zimri in which the tribe of Shimon disgraced itself, and to the uprising of Korach which was a taint on the tribe of Levi. They also state that the words באפם הרגו איש “in their anger they slew a man,” refer to Chamor and the men of Shechem, whereas the words וברצונם עקרו שור, “and it was their wish to uproot an ox,” refer to their violence against Joseph (compare Targum Yerushalmi). These comments are all homiletical. One of the difficulties with this explanation is why Jacob would list events that were far in the future ahead of events which had already taken place, such as the violence against Joseph and Chamor? How could the word כי be used in this verse when it does not relate to anything which preceded it? Besides, why would Jacob also associate Levi with the affair in which Zimri would disgrace himself by sleeping with a Midianite princess? Why did Jacob choose the expression ברצונם, “when it pleased them,” to describe Shimon and Levi’s planned violence against Joseph?

The plain meaning of the verse is that the entire verse speaks about the incident with Joseph. When Jacob refers to בסודם, “their secret,” he meant that he did not want to be associated with these two brothers from the moment they began to hate Joseph, although they concealed their hatred for a while. When Jacob spoke about אל תבא נפשי, this was his way of disassociating himself from any guilt concerning the behaviour of Shimon and Levi. Just as he had not transmitted spiritually corrupt genes to Reuben, so he had not burdened Shimon and Levi with spiritually defective genes when he fathered either one of them. Any evil concocted by these two brothers did not originate with him.

Jacob also wanted to state that he would not be punished for anything these two brothers had done because of his preferential treatment of Joseph being an underlying cause of the brothers’ jealousy and hatred of him.

When Jacob added: ובקהלם אל תחד כבודי, “my honour do not join their congregation,” he referred to the moment when Shimon and Levi hatched the plot to kill Joseph (37,20). He did not want these two sons to be known as “the sons of Jacob” as of that moment. Jacob considered such a designation of these two as an affront to his honour. Tanchuma in Parshat Vayeshev understands the word כבוד  as a reference to the presence of the שכינה which had departed from Jacob the moment Joseph had become lost. The word כי in כי באפם הרגו איש, is the justification for Jacob not wanting his name associated with these two brothers. He referred to their having killed a man although we know in retrospect that this did not happen. Jacob considered the brothers’ willingness to kill Joseph and to throw him into a pit full of reptiles as equivalent to exposing Joseph to many kinds of deaths…

ארור אפם כי עז, “cursed be their anger for it is very strong, etc.” Jacob only cursed their excess anger. This is why he added: כי עז. Every person needs to harbour a certain amount of hatred otherwise he could not receive a reward in the Hereafter for having controlled his anger and made it subservient to his duty to serve the Lord. Jacob realized that he had to find a way to “cool” this anger which was liable to flare up from time to time. Inasmuch as both brothers suffered from an excess amount of fire in their genetic mix, Jacob hoped that by separating them from one another he could forestall future outbursts or at least make such outbursts of anger less harmful. This is why he added: “I will separate them within Yaakov, etc.”

According to the commentary of the holy Ohr Hachaim, there is no contradiction at all between “cursed be their anger for it is very strong, etc. (Breishit / Genesis 49:7)” and what was drawn on the Banner of the Tribe of Shimon

How Did Moshe Rabbeinu Praise Shimon and Levi’s Bravery in Shechem?

Bamidbar (Numbers) 2:2 The Israelites shall camp each with his standard, under the banners of their ancestral house; they shall camp around the Tent of Meeting at a distance.

Rashi : באתת [EVERY MAN OF THE CHILDREN OF ISRAEL SHALL ENCAMP BY HIS OWN STANDARD] WITH THE SIGNS [OF THEIR FATHERS’ HOUSES] — Each banner shall have a different sign — a piece of coloured cloth hanging on it, the colour of the one not being the same as the colour of another, but the colour of each tribe shall be like that of his stone that is fixed in the breastplate (of. Exodus 28:21), and by this means everybody will be able to recognize his banner.

Midrash Bamidbar Rabba on the chapter (2:7) informs us that Shimon’s banner or flag was colored green and contained an image of the city of Shechem.

Maharzu’s commentary states concerning Shechem – regarding the bravery and self-sacrifice in Shechem, And even though Levi was with him, Shimon was the older one and the main one and this was his praise that he was zealous against harlotry.

To answer a possible objection raised against the view that Moshe Rabbeinu praised Shimon and Levi’s actions in Shechem see the full post at https://vilnagaon.org/bravery/

There is a Commentary That Tries to Make a Compromise between the Viewpoint that Yaakov (Jacob) Was Criticizing Shimon and Levi’s Crimes against Yosef (Joseph) and the View That His Criticism Was Directed towards the Attack on Shechem.

This commentary holds that the actions of Shimon and Levi in Shechem were praiseworthy in accordance with the Halacha, but Yaakov was concerned the anger and wrath displayed in Shechem erupted in a negative way, when they sold Yosef into slavery, when he was not liable to such treatment according to Hashem’s law.

On the Pragmatic Limitations on the use of force, see the post: Building New Israeli Settlements – The Opinion of the Gaon – according to Kol Hator

It should be obvious that further information and study than what was presented in this post is needed to properly apply the precedent of Shimon and Levi in Shechem to future situations.
Without voicing my own opinion on the subject, I will point out that Rabbi Dov Lior recently stated that he agrees with Maharal’s line of reasoning to explain Shimon & Levi at Shechem.

Ramban disagrees with Ohr Hachaim’s viewpoint that Yaakov had no moral complaints about what took place in Shechem. According to Ramban’s commentary to Breishit 34:13 Yaakov did indeed at least have a doubt, if the actions of Shimon & Levi were morally justified in Shechem. According to Ramban’s view, we will have to say that Moshe Rabbeinu who has more authority than Yaakov cleared up the doubt in favor of Shimon and Levi.