How Did Moshe Rabbeinu Praise Shimon and Levi’s Bravery in Shechem?

Bamidbar (Numbers) 2:2 The Israelites shall camp each with his standard, under the banners of their ancestral house; they shall camp around the Tent of Meeting at a distance.

Rashi : באתת [EVERY MAN OF THE CHILDREN OF ISRAEL SHALL ENCAMP BY HIS OWN STANDARD] WITH THE SIGNS [OF THEIR FATHERS’ HOUSES] — Each banner shall have a different sign — a piece of coloured cloth hanging on it, the colour of the one not being the same as the colour of another, but the colour of each tribe shall be like that of his stone that is fixed in the breastplate (of. Exodus 28:21), and by this means everybody will be able to recognise his banner .

Midrash Bamidbar Rabba on the chapter (2:7) informs us that Shimon’s banner or flag was colored green and contained an image of the city of Shechem.

Maharzu’s commentary states concerning Shechem – regarding the bravery and self sacrifice in Shechem, And even though Levi was with him, Shimon was the older one and the main one and this was his praise that he was zealous against harlotry.

Had Moshe Rabbeinu not approved of Shimon’s behavior, he would not have allowed them to display the city of Shechem on their flag.

How Do We Know Moshe Rabbeinu Had the Obligation to Protest If He Really Disapproved of Shimon and Levi’s Bravery in Shechem? 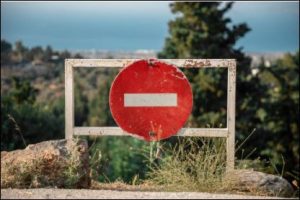 what did the Elders, i.e., the Sages of that generation, do that was considered a sin? Rather, say: God will enter into judgment with the Elders because they did not protest the sinful conduct of the princes.

Someone Might Ask Maybe the City of Shechem Was Displayed on Shimon’s Banner/Flag in order to Shame The Tribe for Bad Behavior of their Ancestor?

There are several reasons to reject the idea that the city of Shechem was placed on Shimon’s banner to shame them.

On the Pragmatic Limitations on the use of force, see the post: Building New Israeli Settlements – The Opinion of the Gaon – according to Kol Hator

It should be obvious that further information and study than what was presented in this post is needed to properly apply the precedent of Shimon and Levi to future situations.
Without voicing my own opinion on the subject, I will point out that Rabbi Dov Lior recently stated that he agrees with Maharal’s line of reasoning to explain Shimon & Levi at Shechem.