Introduction: Bibi Comes Back to Life

In an article by a Non-Jewish (Indian) web site called the Express Tribune it was reported that on Jan 8, 2020 (11th of Tevet, 5780) a 50 year old woman named Rashida Bibi who had been pronounced dead and was issued a death certificate by doctors at Abbasi Shaheed Hospital came back to life during a funeral bath. 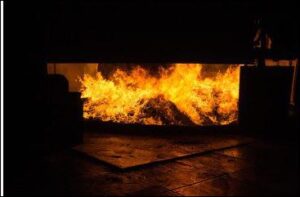 I bring this up based on the precedent brought in Rashi (to Breishit / Genesis 14:10) on why the King of Sdome (Sodom) was granted a miracle. Namely, there were some among the nations that didn’t believe that Avraham (Abraham) was saved from a fiery furnace. When the King of Sdome (Sodom) was miraculously saved from the tar pits (based on Rabbi Aryeh Kaplan’s translation of the Hebrew) they retroactively believed in Avraham’s miracle. Based on Rabbi Eliyahu Mizrachi’s commentary, the miracle that occurred to the King of Sdome contributed to the belief in Avraham’s miracle because many of the nations believed, the ways of nature can never be broken and therefore Avraham’s miracle must be a lie. When they saw that the King of Sdome had a miracle, it eliminated their resistance to the idea that the laws of nature might sometimes be broken.

Because I want to break the resistance to the idea, that sometimes a person, who is pronounced dead might indeed for one reason or another have a comeback, I brought up the Rashida Bibi case. I know of other cases like this and brought up that case simply because I had easy access to the information.

The Incident Regarding Elisha

20 And Elisha died, and they buried him. Now the bands of the Moabites used to invade the land at the coming in of the year.

21 And it came to pass, as they were burying a man, that, behold, they spied a band; and they cast the man into the sepulchre of Elisha; and as soon as the man touched the bones of Elisha, he revived, and stood up on his feet.

The Talmud’s Explanation Sanhedrin 47a as translated by Sefaria.org

Rav Pappa said to Rav Aḥa bar Ḥanina: What proof is there from here? Perhaps the man was resurrected in order to fulfill Elisha’s request of Elijah: “I pray you, let a double portion of your spirit be upon me” (II Kings 2:9), as now Elisha resurrected two people, the son of the Shunammite woman and this man, as opposed to Elijah, who had resurrected only one person? Rav Aḥa bar Ḥanina said to Rav Pappa: If so, there is a difficulty, as is this a reasonable explanation in light of what is taught in a baraita: The words “and stood up on his feet” indicate that he arose, but he did not go to his home. The man did not in fact live again but for a moment, indicating that he was resurrected not in order to fulfill Elisha’s request for a double portion of Elijah’s spirit, but in order to prevent the disgrace of having a wicked man buried next to Elisha.

The Gemara asks: But if so, with regard to the verse: “I pray you, let a double portion of your spirit be upon me,” where do you find that Elisha resurrected a second person? Rabbi Yoḥanan said to him: That request was fulfilled when he cured Naaman’s leprosy (see II Kings, chapter 5), an affliction that is considered to be equivalent to death, as it is written with regard to Miriam’s leprosy: “Let her not be as one dead” (Numbers 12:12).

Rabbi Yehuda HaNasi was greatly imploring him (Rabbi Pinchas B. Ya’ir) to enter his home until a mountain rose between them (the mountain served as an excuse for Rabbi Pinchas B. Ya’ir to refuse) and Rabbi Yehuda HaNasi could no longer speak with him. Rabbi Yehuda HaNasi wept and said: If during their lifetimes it is so that the righteous are great, after their death it is all the more so true. The Gemara comments: This is as Rabbi Ḥama bar Ḥanina says: The righteous are greater after their death, more so than during their lifetimes, as it is stated: “And it came to pass, as they were burying a man, that they spied a raiding party; and they cast the man into the tomb of Elisha; and as soon as the man touched the bones of Elisha, he revived, and stood up on his feet” (II Kings 13:21).

Rav Pappa said to Abaye: This proof from the case of Elisha that the righteous are greater after death is not valid. And perhaps this transpired to fulfill with regard to Elisha the blessing of Elijah, as it is written: “Please, let a double portion of your spirit be upon me” (II Kings 2:9). Elijah revived one dead person and this one is the second revived by Elisha. Abaye said to Rav Pappa: If so, is this consistent with that which is taught in a baraita: The dead person arose on his feet but he did not go to his home, indicating that he had not truly been revived?

The Gemara asks: But if that is the case, in what manner was Elijah’s blessing fulfilled? It is as Rabbi Yoḥanan says: The blessing was fulfilled when he cured the leprosy of Naaman, since a leper is equivalent to a dead person, as it is stated with regard to Miriam when she was afflicted with leprosy: “Please, let her not be as one dead” (Numbers 12:12).

A Possible Defense of the Views of Rabbi Yehuda HaNasi and Rabbi Ḥama bar Ḥanina For Connecting the Revival of the Dead Man with the Idea “The righteous are greater after their death, more so than during their lifetimes”

There are respected commentaries that contend that Elisha was only promised to get up to 2/3 of the supernatural blessings granted to Eliyahu (Elijah) the prophet and not double. Radak for example, citing his father in his commentary to II Kings 2:9 interprets it as 2/3 or less, just like a first born child if he is a son, by Torah law (when there is no halachic will of estate) gets 2/3 of the inheritance while the second son (when there are only two sons) gets only a third (see Dvarim / Deut. 21:17). It could be that Rabbi Yehuda HaNasi and Rabbi Hama bar Hanina held the same opinion advocated by Radak in the name of his father. Since Elisha had already brought one person back to life, they might have understood the only reason the second revival of the dead by Elisha took place was account that: “The righteous are greater after their death, more so than during their lifetimes”.

Or else, you could say that Rabbi Yehuda HaNasi and Rabbi Hama bar Hanina in fact agreed with Rabbi Yochanan, that Elisha had already used up the blessing of getting double the miracles of Eliyahu (Elijah) by bringing back one person fully to life and by healing the Tzaarat disease of Naaman (translated by Sefaria.org as leprosy, even though this isn’t a precise description of the disease). However, the temporary revival of the dead man that touched Elisha’s bones was on one level greater than the first time, Elisha revived the dead, because the first time, the revival came about after putting his mouth to the dead boy’s mouth and his eyes on the dead boy’s eyes coupled with fervent prayer to Hashem, while the second revival (even if temporary) occurred just through a touch. In that aspect, the righteous are greater after their death, more so than during their lifetimes“. Aruch Laner (to Sanhedrin 47a) adds that if the sole purpose of the resurrection of the wicked man was to put distance between the (newly) dead body and the bones of Elisha, it would have been sufficient to have the dead body tossed away from Elisha. The added need to make the separation between the two men by reviving the person who touched the bones of the prophet, was to show, the righteous are greater after their death, more so than during their lifetimes“.

Tosafot to Chulin 7b, however, has an objection to this second approach to explain Rabbi Yehuda HaNasi and Rabbi Hama bar Hanina’s viewpoint. Tosafot claims that the righteous are greater after their death because during the lifetime of the righteous sometimes wicked people touch them and sit by them. In contrast in the incident involving the bones of Elisha, permission wasn’t granted (to the wicked man) to tarry by the righteous. Rav Yisrael ben R’ Eliezer Benbinishti explained that there were two wicked people who tarried by Elisha while he was alive; namely, Hazael (II Kings Chapter 8) and Yoash (II Kings Chapter 13).

What about Burial Next to Someone Who Has the Wrong Religious Beliefs?

As far as the basic law is concerned, definitely it will not enter the mind of any person to place a gentile of any type to be buried nearby the place of the burial of an Israelite. Behold even within the levels of holiness within Israel itself we find that we don’t bury the wicked next to the righteous, and even an extremely wicked person next to a lightly wicked individual, as we find in Sanhedrin 47a; and from this emerged the law clarified in Shulchan Aruch, Yoreh Deah 362:5 that we don’t even bury a righteous person and all the more so, someone who is mediocre, next to someone who is extraordinarily pious[i]…. And all these matters coming from the accepted tradition (reflected in the words of the prophets and the divinely inspired writings) we learn from that passage in Sanhedrin (47a) in its discussion regarding the incident involving Elisha….