Skip to Main Content
Excerpt from Rabbi Yissachar S. Teichtal (H”YD) A Victim of the Holocaust, Explains Why Hashem Let It Happen 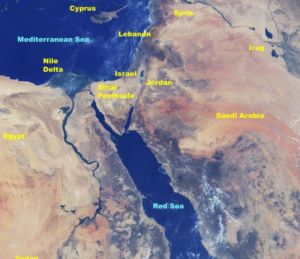 Q: Does Jewish law obligate Jews to live in Israel, even before the arrival of the Messiah?

A: Rabbi Yissachar Teichtal in his book Eim Habanim Smeicha [Hebrew edition] pages 200,201 explains: that the Rebbe of Gur, (Rabbi Avraham Mordechay Alter z”l) held that the mitzvah of building and settling the land of Israel is not dependent on a particular time period, but rather only on our pragmatic ability to perform the mitzvah and he meant thus to negate the minority opinion, that this mitzvah is dependent on the arrival of the Messiah.“And similarly the opinion of the Chareidim chapter 1 of the positive Mitzvot that are dependent on the land of Israel, that he wrote with this wording ‘It is a positive commandment to dwell in the land of Israel’, for it was said, ‘And you shall expel from within it and you shall dwell in it’. And our Sages of Blessed Memory said, ‘that this mitzvah is equivalent in weight to all the other Mitzvot of the Torah combined‘. And it is one of the 613 Mitzvot according to the Ramban and Rashbatz.”…….”And earlier on I have already written that also according to the Rambam (Maimonides) it is a mitzvah from the Torah- the dwelling/settling in the land and the reason he did not consider it as part of the 613 commandments is for the reason that it encompasses the entire Torah and therefore it was not counted in the counting of the Mitzvot ( for a technical reason, mentioned in shoresh 4 of the 14 shorashim at the beginning of Sefer Hamitzvot).And at this time, I have found in the commentary of our Rabbi, the Holy Ohr Hachayim at the end of Parshat Netzavim that he wrote the following: ‘For the dwelling/settling of the land – is a mitzvah that encompasses the entire Torah’. (End of Quote)“And it is an obligation upon every son of Israel (i.e. every Jew) to use all opportunities that come to him (for this mitzvah) at every time and every hour with all force and strength.”

Just for this reason alone it would be good to lobby the USA to allow Jewish prisoners to serve their jail sentence in Israel instead of the U.S.A. in order to help fellow Jews perform commandments. 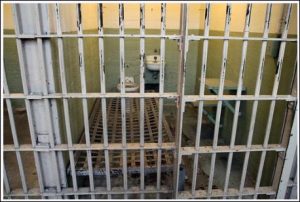 For example to quote from an article by Cinnamon Stillwell: The Murder of Earl Krugel: Where’s the Outrage?
Prominent Jews in federal custody have a curious habit of dying under mysterious circumstances.

On November 4, 2005, Jewish Defense League (JDL) member Earl Krugel was murdered in an Arizona prison. It was only his third year into a 20-year sentence at the Federal Correction Institution in Phoenix. The 62-year old Navy veteran and former dental technician was exercising when another inmate came up behind him and hit him over the head with a concrete block, killing him instantly. Why a loose cement block was just hanging around the exercise yard is still unknown. Authorities have been fairly tightlipped so far, but the investigation has reportedly focused on a white supremacist inmate.

While this is indeed plausible, the list of JDL enemies is a long one and also includes Islamic extremists. Such groups are known for honoring historically significant dates with fresh acts of violence, and the strange timing of Krugel’s death fuels these suspicions. It just so happens that on November 5, 1990, JDL founder Rabbi Meir Kahane was murdered by an Egyptian terrorist. Then, on November 4, 2002, JDL Chairman Irv Rubin’s “attempted suicide” occurred in federal custody. He died nine days later. And on November 4, 2005, Earl Krugel was murdered while in custody. It’s awfully difficult to imagine these were all coincidences.

Although Rubin’s death was labeled a suicide, the facts speak otherwise. He was awaiting trial at the federal Metropolitan Detention Center in Los Angeles when he allegedly slit his own throat with a prison-issued razor and plunged 18 feet over a railing, dying nine days later. Despite the implausibility of this scenario, authorities somehow got away with ruling Rubin’s death a suicide. The fact that nearby surveillance cameras reportedly weren’t working is just one of the many suspicious aspects of Rubin’s case.

Both Irv Rubin and Earl Krugel were in prison for allegedly plotting to bomb the King Fahd Mosque in Culver City, as well as one of Arab-American congressman Darrell Issa’s field offices. Although neither actually took place, they were arrested soon after September 11, 2001, under the auspices of the Patriot Act. The arrest resulted from the work of FBI informant Danny Gillis, who secretly taped conversations and delivered the explosive powder for which Krugel and Rubin were charged. Some suspect that Rubin and Krugel were entrapped by an overzealous FBI, eager to show their evenhandedness in prosecuting terrorism.

Bail was denied both defendants and they spent many months in prison awaiting trial. In fact, Rubin’s “suicide” attempt occurred on the day that he was to have his eagerly anticipated hearing. The harsh treatment continued when Krugel was sentenced to 20 years in prison even though he’d signed a plea agreement, a move that even baffled news organizations. According to the Associated Press, “The reasons for the collapse of an initial plea agreement were sealed, despite a lawsuit by news organizations, including the Associated Press, to make the details public.”

There are also indications that a previous case may have inspired the investigation into Rubin and Krugel. According to the affidavit of FBI agent Mary P. Hogan, JDL informant Gillis initially came to the FBI with information about the unsolved 1985 bombing death of Alex Odeh, Western Director of the Arab-American Anti-Discrimination Committee (ADC) in Santa Ana. Interestingly, Hogan had also worked on Odeh’s case and then later was instrumental in going after Rubin and Krugel.

Pressure from the ADC has kept the FBI reward for Odeh’s killer(s) at $1 million for 20 years. The same pressure may have come to bear in finding the JDL responsible, although no one has ever been charged with Odeh’s murder. Earl Krugel was constantly leaned on in prison to give up information about the Odeh murder and his plea agreement included language to that effect. Solving the Odeh case seems to have been the driving interest of the government, and the possible entrapment of Rubin and Krugel may have been an attempt to do so.

Despite all the questions surrounding the case, the silence from the American Jewish community regarding Earl Krugel’s murder has been deafening. Other than the JDL itself, not one Jewish group has called for an investigation. And they reacted in exactly the same manner after Rubin’s death. The truth is that the American Jewish community has long been wary of associating themselves with the JDL, which they see as an obstacle to their own comfortable existence as non-threatening Jews. While Jews have shown concern in the past over the fate of Jewish prisoners housed with neo-Nazis and such, when it comes to the JDL, it seems that some Jewish lives are deemed more important than others.

But perhaps the JDL’s reputation as hardcore extremists is off the mark. For instance, neither Rubin nor Krugel had ever been convicted of any violent crimes. Richard Rosenthal was a New York police officer who went undercover to investigate the JDL in 1970 and he wrote a book about the experience titled Rookie Cop. The picture Rosenthal paints of the JDL hardly demonstrates the ruthless and criminally skilled organization so often portrayed by its opponents. If anything, JDL members were beset by mishaps, petty infighting and a lack of experience. Such internecine squabbling continues today with a split within the JDL that shows no sign of letting up, even after Krugel’s death.

Beyond all the accusations of extremism, it appears the JDL’s real crime has always been standing up unequivocally for the Jewish people. They are Jews who refuse to be victims. They believe in armed self-defense as the best means of combating anti-Semitism. For this, they are shunned by the mainstream Jewish community to this day.

JDL founder Rabbi Meir Kahane’s biggest offense was calling for the forcible removal of all Arabs from Israel and the disputed territories. Yet, today, Israel forcibly removes Jews from Gaza, Palestinians burn down synagogues and kill more Jews in gratitude, and the world turns a blind eye. The transfer of Jews is an acceptable solution, but the mere suggestion that the warring Arabs go back to the countries whence most of them came is a crime against humanity. The fact that the remnants of Kahane’s work, the Kach movement in Israel and the JDL in the United States, are both still vilified is a testament to the world’s double standard when it comes to Jews and self-defense. Jews are the only people on the planet expected to simply lie down and await slaughter.

Indeed, there is such a strong prejudice among Jews against displays of strength that those who stray from the party line are immediately ostracized. This is why if one dares mention the JDL in Jewish company, they are sure to be met with either immediate dismissal or a barrage of animosity and disavowal.

The Anti-Defamation League (ADL) has been particularly strident in its denunciation of the JDL, going so far as to commend the FBI for arresting Irv Rubin. As they put it, on the ADL website, “For more than a quarter of a century, [the] ADL has been monitoring the contemptible activities of the JDL and its leadership.”

Rabbi Myra Soifer of Temple Sinai synagogue in Reno (where the JDL recently held a conference) told the Reno Gazette-Journal: “There is nothing about the JDL I think is acceptable…. I think, in the end, they are harmful to Jews and Jewish survival.”

Brian Levin, director of the Center for the Study of Hate and Extremism at California State University, San Bernardino, said of the JDL: “They’re extremists. They really have been marginalized. None of the credible (Jewish) groups would have anything to do with these people.”

In answer to such criticism, Irv Rubin once said, “Those critics of the JDL’s action have no concept of righteous anger… they prefer to be targets; they love tears and sympathy; they stand up for the rights of their killers.” He may have been on to something.

Some have simply written off Rubin and Krugel’s deaths as the deserved end to lives of controversy. But the point isn’t whether Krugel and Rubin were the “terrorists” they’ve been labeled, but rather that prominent Jews in federal custody have a curious habit of dying under mysterious circumstances. In a time when liberal organizations such as the ACLU and Amnesty International devote an inordinate amount of energy to defending the “rights” of Islamic terrorists at Guantanamo Bay and Abu Ghraib, one would think that Jewish “extremists” would garner as much concern. But the overriding attitude has been one of silence, dismissal, and even contempt.

If there’s anything the JDL can teach the Jewish community, it’s the principle that Jews must stand up for other Jews. Unfortunately, this has not been the case with Irv Rubin and Earl Krugel, whose deaths are being largely disregarded because of their unpopular politics.

Comment: It is true that once in a while Israeli jails are worse than USA jails, see for example: Exposing the Duma Blood Libel – Part 1 with links to Parts 2, 3, and 4  but currently those are the exceptions to the general rule.

Comment #2 Rabbi Hershel Schacter about 54 minutes into a talk on redeeming captives, contends that if a Jewish prisoner is unfairly punished beyond the level of their crime, like Rubashkin or Jonathan Pollard then the mitzva of redeeming captives would apply to them.