Rabbi Jack Abramowitz in an article entitled Did Rivkah Really Get Married At Three Years Old?

states: The Sifri says that Rivka was 14 when she married Yitzchak. This is the position accepted by the Seder Olam, whose entire raison d’etre is to create a chronology of events. Sure, 14 is still pretty young by our standards but I think we cannot be appalled if that was a marriageable age 4,000 years ago.

In his article Rabbi Abramowitz also mentions 2 other views. One view lowers her age to 3 and Ibn Ezra implying she was a full adult (by modern standards). The view that holds she was only 3 understands that Rivka was born close to the time of Akeidat Yitzchak (the binding of Isaac) and that event according to this viewpoint happened exactly at the same time that Sarah died. Sarah died when Yitzchak was 37, which then allows Rivka to be only 3 years old, since Breishit / Genesis 25:20 tells us Yitzchak was 40 when he married Rivka. 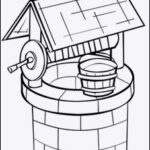