You are invited to visit our blog home page at https://vilnagaon.org/blog/ Below is a sample of our blog posts. 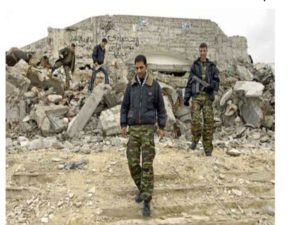 Rebuking President Donald Trump, the House of Representatives on Friday passed a resolution supporting a two-state solution to the Israeli-Palestinian conflict.
The bill passed in a 226-188-2 vote. Five Republicans voted with the Democratic majority to pass the resolution, while two Democrats – Betty McCollum of Minnesota and Jesús Garcia of Illinois – entered a vote of present.

The hour of debate on the legislation yielded a contentious discussion between lawmakers on each side of the aisle. Congressman Lee Zeldin, R-N.Y., said the resolution was a watered-down version of one passed over the summer, which condemned a global protest against Israel known as the Boycott, Divestment and Sanctions movement, or BDS.

The timing of Friday’s resolution’s introduction is off, according to Zeldin. In the last two years, he said Israel has been hit with 2,600 rockets strikes – including 450 last week – from the Palestinian-controlled Gaza Strip. He said the resolution does not mention the persistent attacks on Israelis or policy goals set by the Trump administration.

It is Dangerous for the USA to Support 2 State Solutions

The Biblical book of Yoel (Joel) Chapter 4 as translated by https://www.sefaria.org.il/Joel.4.2?lang=bi states:
For lo! in those days And in that time, When I restore the fortunes Of Judah and Jerusalem,
I will gather all the nations And bring them down to the Valley of Jehoshaphat. There I will contend with them Over My very own people, Israel, Which they scattered among the nations. For they divided My land among themselves.

Dividing Biblical Israel is a crime for which the nations will be punished.

See also Why G-d let Bin-Laden Succeed! A Jewish Perspective on the Destruction of the World Trade Center in New York for greater details of why America’s support for the Oslo Terror Accords brought and brings disaster to America

In light of President Trump’s support for a Palestinian Terror State in the Heart of Biblical Israel and Encouraging the Defiling of the Temple Mount, as part of the USA brokered Israel-UAE “Abraham Accord” ~ 25 Av 5780 / August 15 2020, Trump Republicans now have full blame for the sin mentioned in the Biblical book of Yoel (Joel) Chapter 4.
For a more in depth discussion of the sin read: Land for Peace, A Major Sin In Avraham’s (Abraham’s) Time and to Separate Holy From Secular, A Major Sin in Clinton’s Time and Trump’s Time

Book 2: Interpretation of the Bible

A Selection of sayings of the Vilna Gaon regarding beliefs, extracted from most of the writings of his disciples, of those faithful to him, and from some of his own writings.

The fact that a person puts off performing a mitzvah until the morrow leads to his not performing it at all, rather, as soon as he has the opportunity he should immediately perform it – to Proverbs 10/8, 14/23, 27/1

If not now, then when?” (Avot I) – the Sages did not say ”if not today”, for even on the same day, one should already now, perform the mitzvah.- to Proverbs 6:9

This Anthology of the sayings of the Vilna Gaon is Not Appropriate For Non-Jewish
Souls. Instead they should scroll up this page to the section A Light Unto the Nations which is more appropriate for a mixed audience.